Soldier succumbs to injuries caused in Pak firing along LoC : The Tribune India

Soldier succumbs to injuries caused in Pak firing along LoC 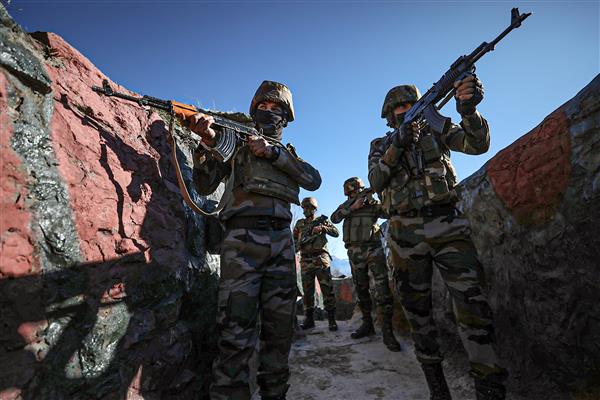 An Army soldier, who was critically injured in Pakistani firing along the Line of Control (LoC) in Rajouri district last week, succumbed to injuries in the command hospital in Jammu and Kashmir’s Udhampur district on Sunday, a defence spokesperson said.

He is the third Army personnel to have died in the ceasefire violations by Pakistan this month.

“Pakistan Army had resorted to unprovoked ceasefire violation on the LoC in Sunderbani sector on January 18, which was responded to strongly by Indian troops. In the incident, Naik Nishant Sharma of 10 JAK RIF was critically injured and was under treatment at command hospital,” the spokesperson said.

However, he said the Non-Commissioned Officer succumbed on Sunday.

“Naik Sharma was a brave, highly motivated and a sincere soldier. The nation will always remain indebted to him for his supreme sacrifice and devotion to duty,” the spokesperson said.

Earlier, two Army personnel were killed in separate ceasefire violations by Pakistan along the LoC in Rajouri and Poonch districts on January 1 and 21.

Last year, Jammu and Kashmir recorded 5,100 instances of ceasefire violations by Pakistan along the LoC, the highest in the past 18 years with an average of 14 cases daily.

In these ceasefire violations, as per official data 36 people, including 24 security personnel, were killed and over 130 injured. PTI