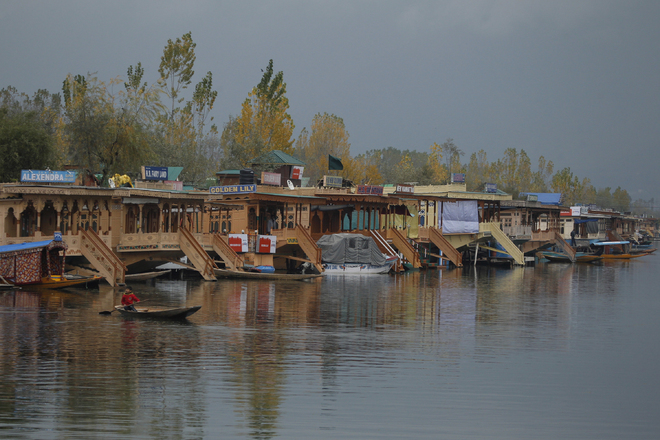 In order to decongest roads in Srinagar city and to revive the centuries old mode of water transport, Kashmir's first bus boat started its trial run in the Jhelum River on Friday.

The state of the art bus boat has a seating capacity of 35 passengers and 5 crew members.

"The crew includes a driver, and four rescuers.

"The bus boat operates from Pantha Chowk in Srinagar outskirts to Qamarwari, on the downstream Jhelum river.

"In order to revive the historical water transport and to decongest the roads in Srinagar city, the bus boat is an ideal option.

"At present we have six floating docks on Jhelum banks to pick up passengers and to deboard them", said Imran Malik, director of Sukhna Enterprises, who procured the bus boat for the local tourism department.

"There was a global tender from the J&K tourism development corporation (JKTDC) and we were successful tenderers.

"Six floating docks are from Taiwan".

He said the initiative has been taken under the Prime Minister's developmental package (PMDP) called Swadesh Darshan.

Malik is presently operating the bus boat on a trial basis for the tourism department.

"From tomorrow (Monday) we will start training the staff of the tourism department to operate the bus boat and once trained, the department will operate the project on its own", he said.

Malik says at least 3 more bus boats will be brought in to run in the Jhelum river once the idea of water transport picks up with the locals.

"It is an absolutely value addition travel. You reach your destination without any hassles, you don't add to air pollution, you save fuel and you also enjoy the beauty of the river and its banks", he said. — IANS