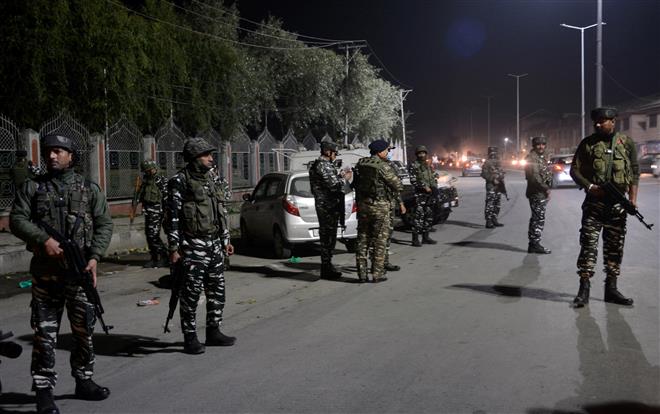 The Kashmir Valley continues to bleed, as terrorists on Sunday killed two migrant workers from Bihar, while leaving another one injured in indiscriminate firing at Wanpoh area of Kulgam district of the Union Territory.

He further said soon after the firing incident, the police and security forces have cordoned off the area and massive search operations are on to hunt down the culprits.

The two non-Kashmiri labourers, residents of Bihar, have been identified as Raja Reshi Dev and Joginder Reshi, the police official said.

The injured has been identified as Chunchun Reshi Dev.

#Terrorists fired indiscriminately upon #NonLocal labourers at Wanpoh area of #Kulgam. In this #terror incident, 02 non-locals were killed and 01 injured. Police & SFs cordoned off the area. Further details shall follow. @JmuKmrPolice

Sources in Patna confirmed that Bihar Chief Minister Nitish Kumar spoke to J&K Lt Governor Manoj Sinha and expressed his concerns over the repeated killings in the Union Territory.

They said Kumar has also announced Rs 2 lakh each ex-gratia from the Chief Minister’s relief fund for kin of the two victims of targeted killings in the Kashmir Valley.

Reacting over the firing incident in Kulgam, former J&K Chief Minister and PDP president Mehbooba Mufti in a Twitter post said, “There are no words strong enough to condemn the repeated barbaric attacks on innocent civilians. My heart goes out to their families because they leave the comforts of their homes to earn a dignified livelihood. Terribly sad.”

In the last 24 hours Kashmir Valley has witnessed five non-local becoming victims of targeted killing, which take the toll to 11 in the month October.