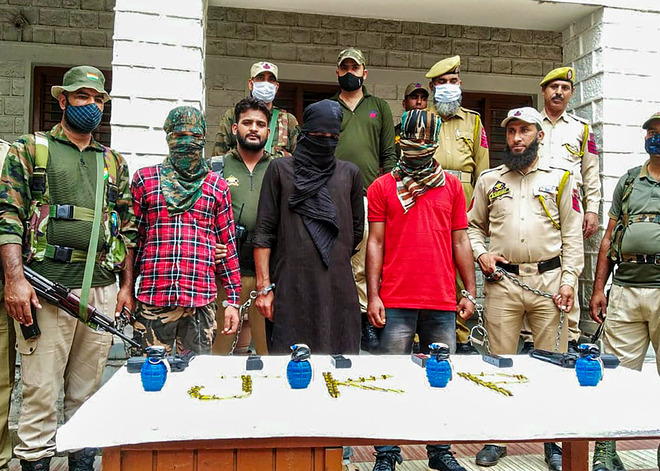 A module of J&K Ghaznavi Force (JKGF) was busted with the arrest of three suspected persons who were assigned the task of carrying out attacks in Poonch district, the police said.

Arms and ammunition, including two pistols, four magazines with 100 rounds and four grenades, were seized from one the arrested suspects, identified as Jahangir Ali, a police spokesman said.

He said Ali was arrested along with the arms and ammunition during a joint search operation by police and Army from his Kirni village in Poonch. “During investigation, it came to fore that the accused was meant to hand over the pistols and grenades to Basharat Khan and Sheraz of Surankote. Both of them were apprehended from different places,” the spokesman said.

The questioning of the trio revealed that they had been associated with proscribed JKGF outfit and were tasked to carry out terrorist activities, particularly in Poonch district, he said. — PTI