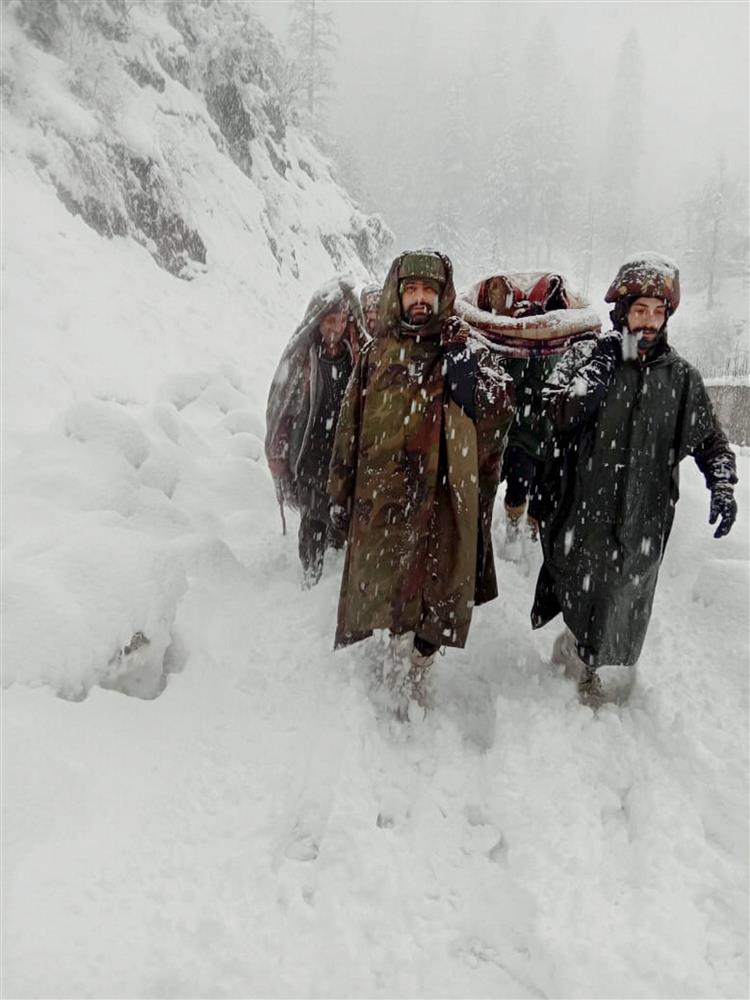 Jawans take a pregnant woman to a health centre 6.5 km away on a stretcher during heavy snowfall near Ramnagri in Shopian. PTI

The Border Security Force (BSF) airlifted three patients from the snow-bound Tangdhar sector in Kupwara district amid closure of the road, officials said on Sunday. Nasreen Fatima (50), Sobiya Begun (30) and Rizwan Ahmad (10) were taken to the district headquarters as they needed medical care.

Tangdhar (Karnah) sector remains non-motorable for days altogether during winters due to snowfall and mud slides that block the road. “We are always there to serve the people,” Raja Babu Singh, BSF IG in Kashmir, said.

Also a video clip showing Army soldiers carrying a pregnant woman to a hospital on their shoulders amid heavy snowfall in Uri is doing the rounds on the social media, drawing praises from netizens. Defence sources said the Army received a distress call from Ghagar Hill village following which jawans carried her to a primary health centre 6.5 km away. — IANS