1,100 passengers travel Banihal and Baramulla on first day; train services in Kashmir were stopped due to Covid-19 pandemic 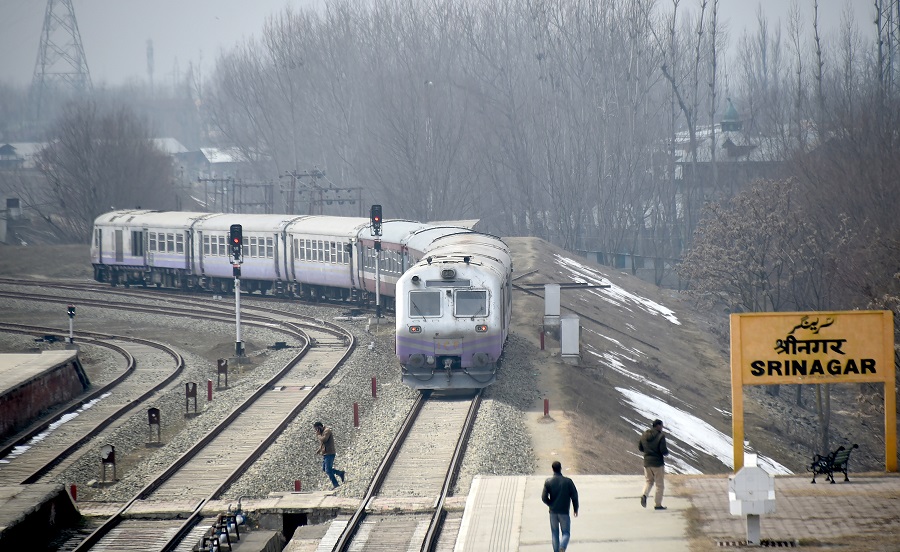 Nearly 1,100 people travelled between Banihal and Baramulla railway stations as train services resumed in Kashmir on Monday after remaining suspended for around 11 months due to the COVID-19 pandemic, officials said.

Two trains chugged on the railway tracks in Kashmir as the Railway authorities resumed the services partially, they said.

The officials said nearly 1,100 passengers used the service on the first day of resumption.

"We will be following this schedule – one train up from Banihal and one down from Baramulla – for the time being," they said.

Taking to Twitter, Railway Minister Piyush Goyal said the resumption of the train service would enhance ease of movement and provide a “big boost” to the tourism sector.

At present, the rail services in Kashmir operate between Banihal in Ramban district and Baramulla. The work is going on to connect Udhampur railhead to Banihal station for uninterrupted train service between Jammu and Kashmir regions.

The train services, which were launched in Kashmir in 2008, have been disrupted several times as it bore the brunt of violent protests in 2010 and 2016.

The services were also affected during the 2014 floods, while they were suspended for some time after the nullification of Article 370 by the Centre in 2019.

The Railways said that no date has yet been fixed for the resumption of all passenger train operations across the country.

The Indian Railways has been increasing the number of train services in a graded manner.

“Already more than 65 per cent trains are running. Over 250 plus trains were added in January alone and more will be added gradually,” said a spokesperson.

Currently, only special trains which are fully reserved are in operation across the country along with some suburban train services.

All regular train services were cancelled since March 25 when the coronavirus lockdown was announced. PTI