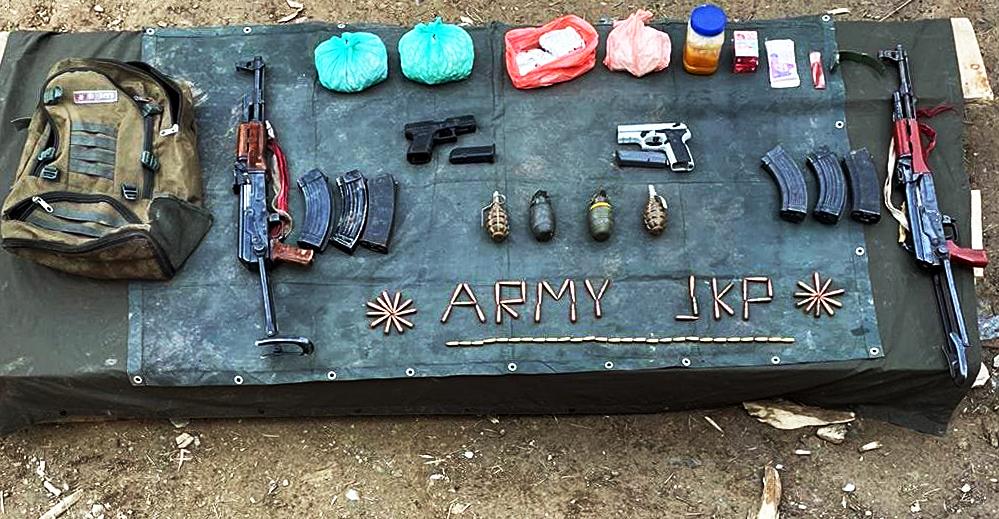 The weapons seized after the encounter in Kupwara. ANI

Security forces killed two militants near the Line of Control (LoC) in north Kashmir's frontier district of Kupwara on Sunday.

The encounter took place at around 7.30 am after a joint team of the Army and the police laid an ambush at Tekri Nar in Machil area of Kupwara district.

Srinagar-based defence spokesperson, Colonel Emron Musavi said, “Based on specific intelligence inputs received from the police and other intelligence agencies on the possibility of infiltration attempt in Machil sector, troops were put on high alert and joint ambush parties were deployed on the possible infiltration routes.”

Amid poor weather conditions, alert troops saw two armed infiltrators crossing the Line of Control, he said. The infiltrating militants were engaged by the troops. During the gunfight, both militants were neutralised.

After more than one year of lull along the Line of Control, infiltration attempts by the militants from Pakistan have started picking up in north Kashmir and Pir Panjal range of Rajouri and Poonch districts.