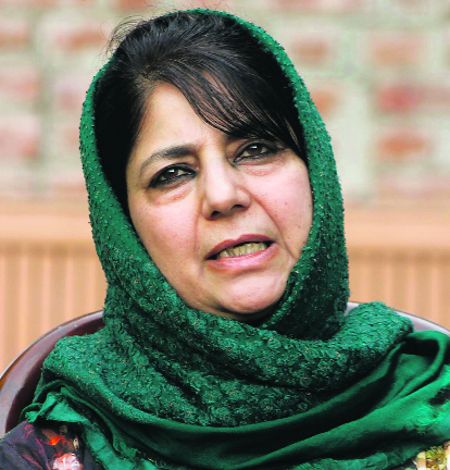 Claiming that she has been put under house arrest, former Chief Minister of Jammu and Kashmir Mehbooba Mufti today questioned the government’s claims of normalcy in the Valley.

“The Government of India expresses concern for the rights of Afghan people, but wilfully denies the same to Kashmiris. I have been placed under house arrest today because, according to the administration, the situation is far from normal in Kashmir. This exposes their fake claim of normalcy,” tweeted Mehbooba, vice-chairperson of the People’s Alliance for Gupkar Declaration (PAGD).

In a separate statement, PAGD spokesperson and CPM leader MY Tarigami demanded restoration of legitimate constitutional rights of the people of J&K.

“Permanent Residence Certificates issued by the erstwhile state of J&K under Article 35A have now become the sole basis for defining permanent residents of UT Ladakh. This is a vindication of the essence of Article 35A in ensuring constitutional guarantee to the people of J&K and Ladakh,” he said.

Through the scrapping of Article 370 and bifurcation of the state, “not only has the BJP government undermined the basic structure of the constitution, but also the relationship between J&K and the union itself”, he said.

The only way to put this back on track is by restoring democracy along with full autonomy and statehood to the erstwhile state of Jammu and Kashmir, he said.