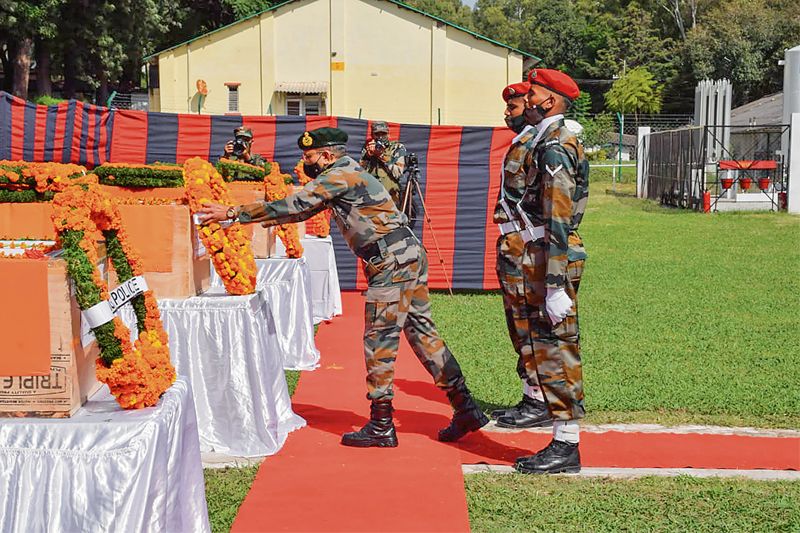 A wreath-laying ceremony was held in Rajouri on Tuesday to pay tributes to the five soldiers killed during a fierce gunfight with terrorists in Poonch district, a defence spokesperson said.

A massive search operation has been going on in Rajouri and Poonch in search of the terrorists. PTI