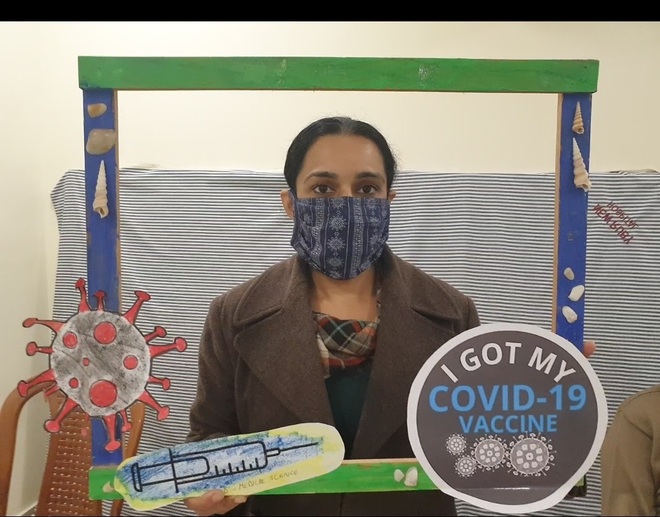 A health worker poses for a picture after getting inoculated.

The vaccination drive was carried out at 24 session sites in the district on Friday. Of them, 14 were held at private and 10 at the government health facilities.

As many as 1,595 health workers were inoculated against the contagion. Several CHCs also saw the drive for the first time today. These include Lohian, Shahkot, Adampur, Kartarpur, Phillaur, Kala Bakra, among others.

Medicos and paramedical staff of New Ruby Hospital were administered the Covid doses at the hospital. Dr SPS Grover, MD, and Harwinder Grover and Dr Kulwant Singh Baghiana were immunised. Dr. SPS Grover was the first to receive the shot and presented himself to quell fears prevailing in hospital medical and paramedical staff. District Immunisation Officer Dr Rakesh Chopra said, “The session sites have been increased to include maximum workers for the drive. Over 2,000 health workers have so far been inoculated in the district and more private hospitals are also being involved in the process. Several new sites will also see inoculation in the coming days.”