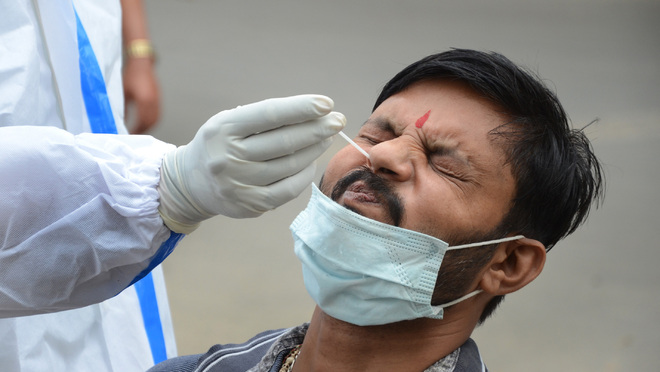 As many as 44,898 persons have recovered from Covid in the district while the number of active cases in Jalndhar is 5,724. 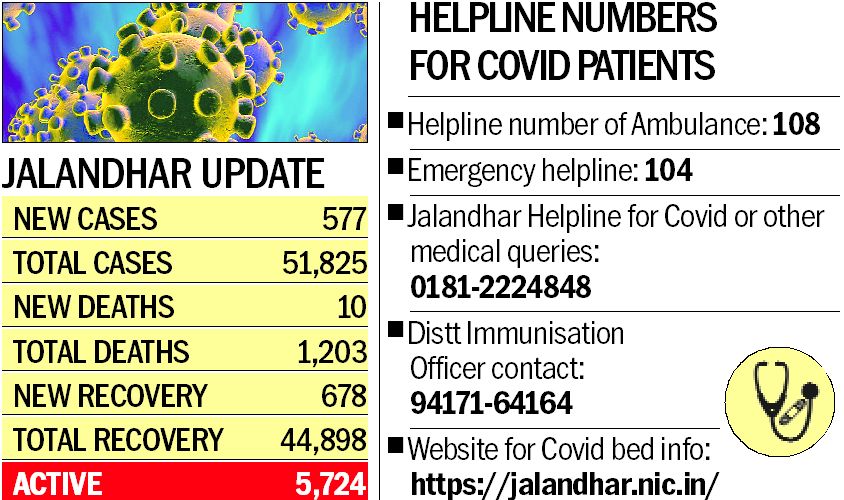 The district reported five more Covid-19 fatalities on Thursday, taking the death toll to 815, while 277 fresh cases pushed the infection tally to 24,409. Civil Surgeon Dr Ranjit Singh Ghotra said the number of active cases in the district stood at 2,785 and 20,809 patients had recovered from the virus.

Out of today’s 277 positive cases, 45 patients were from Hoshiarpur city, 16 were reported from other districts and the remaining cases were from other health blocks of the district. Three patients died at Hoshiarpur hospitals while one each died at Medical College Amritsar and a Jalandhar hospital. Dr Ghotra said 72 Level-2 beds and seven Level-3 were available in the district hospitals.