11 ROs, five water ATMs to be set up in Phillaur villages

Contaminated water in 16 villages, 15-20 paise/litre water to be charged 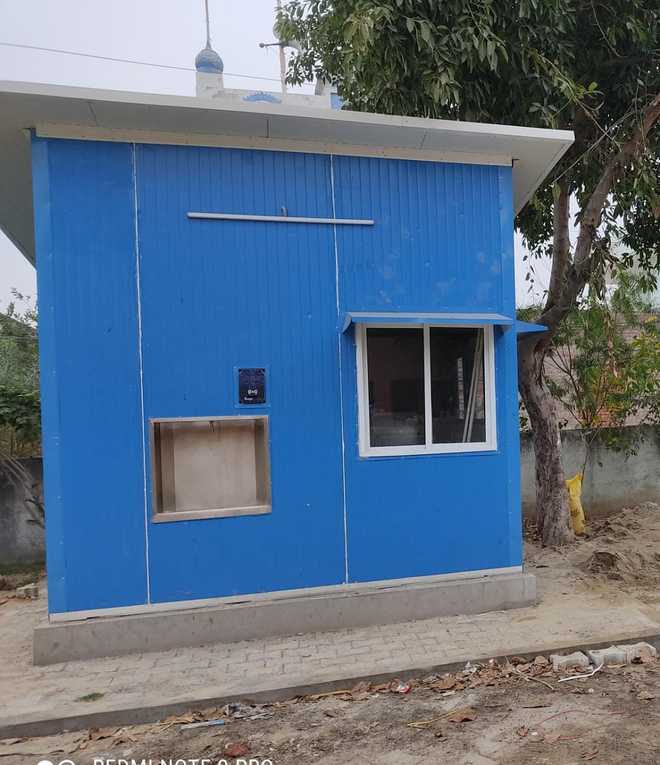 An RO installed in one of the villages of Phillaur sub-division where heavy metals were found. Two types of RO systems were being installed in the identified 16 villages.

After the Water Supply and Sanitation Department surveys pointed to the presence of arsenic and heavy metals in the groundwater of 16 villages of Phillaur sub-division, it is now set to install 11 RO systems and five water ATMs to ensure potable drinking water to people.

Chief Engineer KS Saini said all the ROs and water ATMs would be functional by the end of this month. “A project at an outlay of Rs1.47 crore has been chalked out to tackle the problem.”

Pointing out further, Nodal Officer of the project executive engineer Nitin Kalia, said two types of RO systems were being installed in the identified 16 villages that include RO systems dispensing 500-1,000 litre water per hour and water ATMs dispensing water up to 250 litre per hour.

He further mentioned that RO systems with the capacity of 500-1,000 litre water per hour are to be installed in Dolike Sunderpur, Khanke Fatehgarh, Chuheki, Bachhowal, Bhaini, Burj Pukhta, Cheema Khurd, Chaulla, Kala, Phillaur Killa and Dhesian villages whereas water ATMs would be installed in Chuheki, Batura, Bada Pind, Birk, and Amarjitpur.

Both the RO systems and ATMs would cater to the population of 12,766 of 16 villages. The RO water would be provided at a nominal price of about 15-20 paisa per litre. Kalia said tubewells at the depth of 400-ft have been installed along with the RO and ATM sites and the operating company would also offer door-to-door delivery of potable drinking water.

He said that once the power connections were installed at all 16 sites, the ROs and water ATMs would be made functional immediately. Also, the RO system would have a multi-grade filter, activated carbon filter, polypropylene filter, and membrane UV system.

Lauding the state government’s efforts, sarpanch of Dolike Sunderpur Ranjit Kaur said that this scheme would definitely change the scenario in villages as people would be able to access clean and hazardous-free water. She termed this scheme the need of the hour. especially in the wake of the groundwater contamination.