12 committees in Jalandhar get permission for Dasehra celebrations 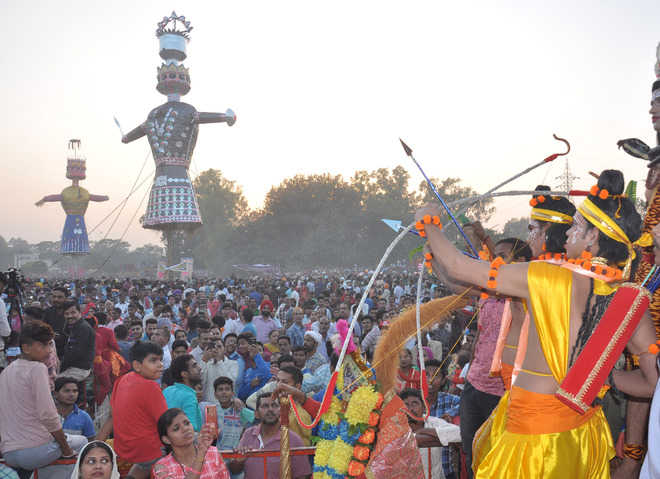 Unlike the previous years when 45-50 grand Dasehra melas used to be organised in the city every year, this time only 12 committees sought permission for holding small and symbolic events in view of the Covid threat. The administration has allowed a gathering of only 100 persons at the venues.

Commissioner of Police Gurpreet S Bhullar said, “Initially, we were reluctant in giving permission in view of the Covid threat and we were waiting for the government’s directions on this. Finally, we allowed the committees to hold small festivities limiting the gathering to 100 persons as per the prevalent guidelines. Since there were no prior preparations, several committees backed out and only 12 said they did not want to discontinue the age-old religious custom”.

Bhullar said security had been strengthened to maintain law and order. Teams had been formed to check the footages of CCTV cameras installed at these venues.

Bhullar said teams would monitor and patrol these places round the clock.

All guidelines were being followed to ensure social distancing at the venues.