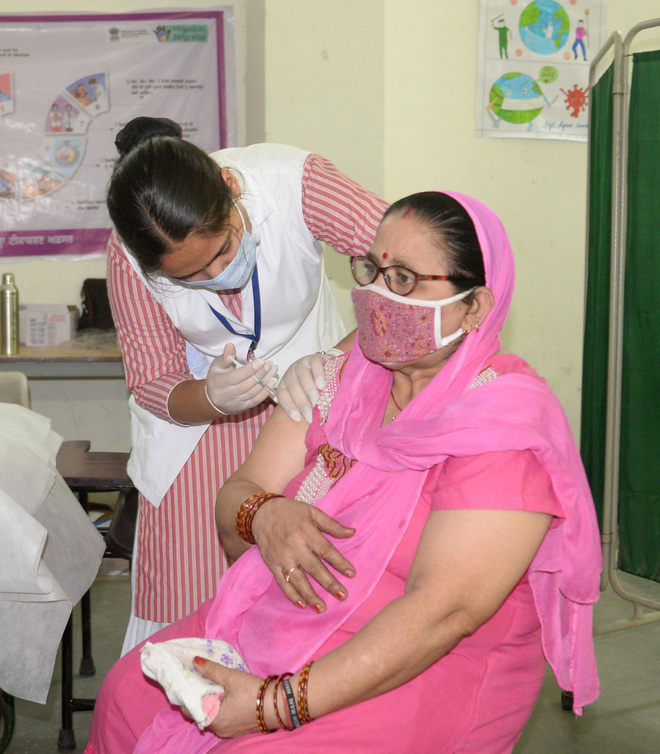 Covid situation has been becoming critical as 12 deaths, 683 new cases were reported in the district today. At present, 410 patients have been admitted to Level-III Covid care facility. As per the information received from the Health Department, there is an availability of 500 beds in Level-III Covid care facility, and the Health Department is going to take up the issue in the meeting that will be held tomorrow.

Dr Balwant Singh, Civil Surgeon, said patients of any age group suffering from diabetes and other comorbidities have been dying. “Almost every district is reporting high cases. Patients come to the hospitals at the moment when the virus has already attacked their lungs,” he said.

No death in Nawanshahr

After several days, no death was reported from Nawanshahr today. A total of 81 patients tested positive in the district. The total number of cases are 9,588. As many as 832 are active cases in Nawanshahr, of which 742 are home isolated. The number of recovered cases is 8,530 (88.96 percent). The maximum number of cases were reported from Balachaur block i.e., 28, followed by Sujjon block (12). Sampling is being done on an everyday basis, and the result of 911 samples are still awaited. As many as 63 patients are admitted in L-II and 18 in L-III Covid care facilities in local hospitals.

Kapurthala reported 144 cases, taking the tally to 13,489. Three persons died of Covid. A 78- year-old woman from Noorpur Lubana village (46) from the city and a 61-year-old woman breathed their last. As many as 98 patients were discharged today. Until now, 12,052 patients have recovered from the virus.

The district on Sunday reported six more fatalities due to Covid-19, taking the toll to 784. Besides, the district recorded 321 fresh cases, pushing the tally to 22,894.