15-year-old Hoshiarpur girl makes it to Punjab U-19 cricket team : The Tribune India 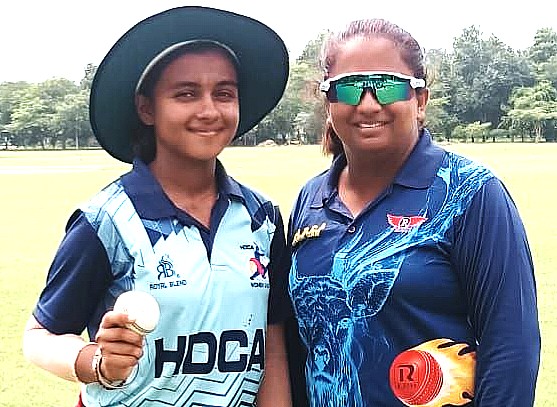 Surbhi, a 15-year-old budding cricketer, has been selected in the U-19 Punjab cricket team. She is the first girl from Hoshiarpur who has made it to the BCCI’s national tournament. She reached Chandigarh today and would leave for Ranchi tomorrow. The team will be playing three practice matches with the Jharkhand team before participating in the U-19 women’s BCCI tournament starting from October 1 in Vijayawada, Andhra Pradesh.

Surbhi started playing cricket three years ago and got trained at the Hoshiarpur District Cricket Association’s (HDCA) centre. Surbhi’s father, Sanjay Narayan, told Jalandhar Tribune, “ Around four years ago, I took her to a stadium for motivating her to start playing badminton, but she didn’t show interest in it. Then I took her to the HDCA training centre and she immediately agreed to play cricket. She was the only girl at the centre at that time. Since that day she has been playing with dedication and we are sure that she will make it to the national level,” said Sanjay.

Surbhi has been working under the supervision of  Davinder Kaur for the last three years. Surbhi’s coach Davinder Kaur expressed happiness over her selection in the Punjab team and said she was proud that she had made her place in the team.