2 held with stolen vehicles in Jalandhar : The Tribune India 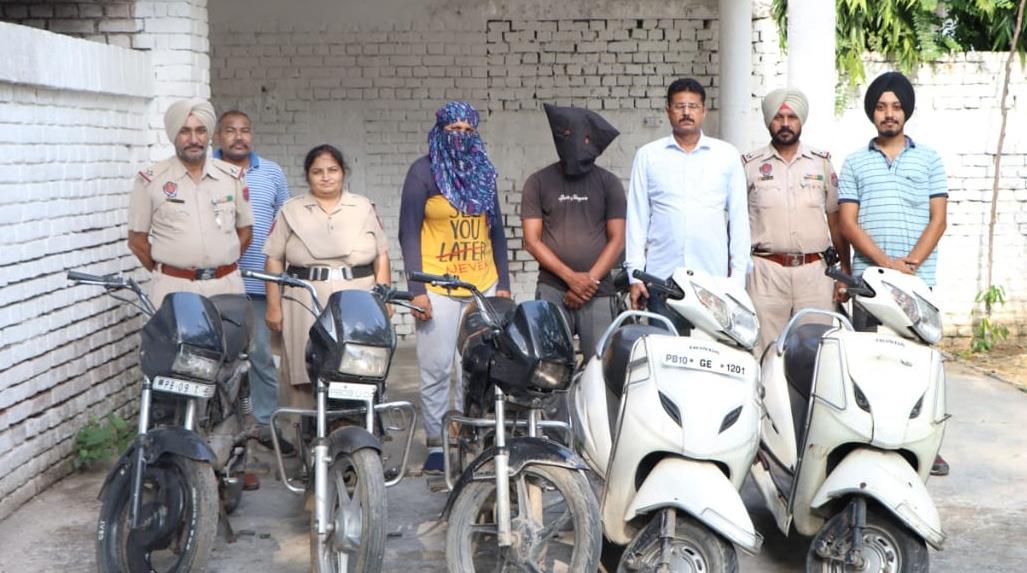 The accused in police custody and the recovered vehicles in Jalandhar. Tribune Photo

The CIA staff of the city police arrested two persons, including a woman, who were involved in vehicle thefts. The police also recovered five stolen two-wheelers.

The accused have been identified as Gurpreet Singh (26), alias Gopi, of Bhatia Colony in Ludhiana and Nitu Rani (37) of Moti Bagh, Ladhewali in Jalandhar.

SI Ashok Kumar said: “Following a tip-off, the police team arrested Gurpreet and Nitu from the service road near Radha Swami Satsang Ghar at the Pathankot Chowk.” He said they received information that they both would be coming to the Lamma Pind Chowk to sell the stolen vehicles, thus, acting on the information, they set up a naka on the road, and succeeded in arresting the accused.

He said the police team recovered two stolen Activa scooters and three motorcycles from them. “During preliminary investigation, it was found that they had started lifting two-wheelers to earn easy money. A case against Gopi had already been registered for stealing vehicles in Ludhiana, and with his arrest, we are hopeful of arresting more people involved in the crime,” he said.

He further said a case under Sections 379, 482 and 411 of the IPC had been registered against the accused, and an investigation is being carried out to ascertain that how many more vehicles had been stolen and sold by them.