Nawanshahr: 2 women among 3 held with 1-kg heroin : The Tribune India

Were bringing it from Srinagar 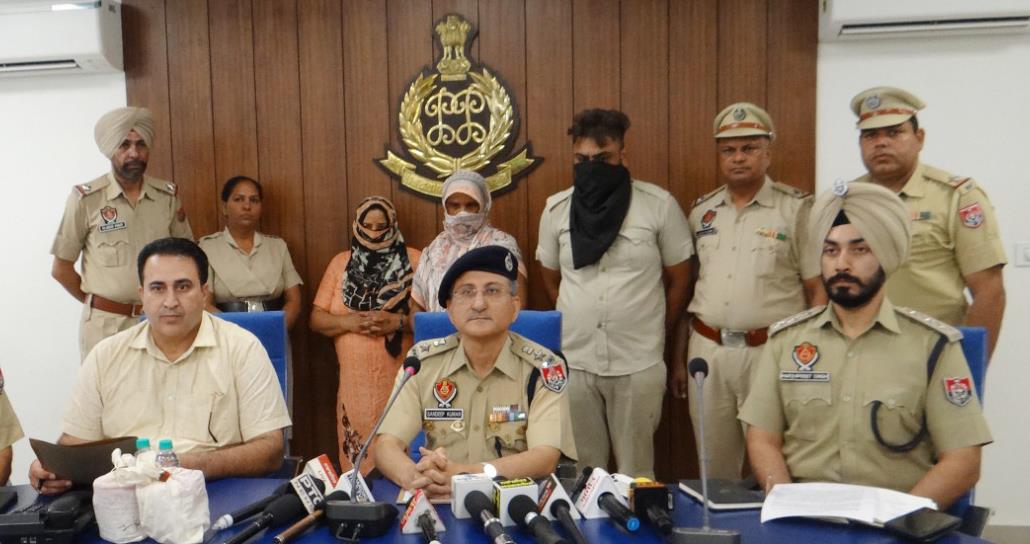 The accused have been identified as Harjinder Singh, a resident of Ibrahimpur village in Hoshiarpur, Kuljinder Kaur and Sarabjit Kaur, both residents of Sailkiana village in Phillaur, Jalandhar.

Nawanshahr Senior Superintendent of Police (SSP) Sandeep Kumar Sharma said a police party of the CIA staff led by Sub-Inspector Jarnail Singh set up a naka near Bahad village and stopped a Swift Dzire car. Upon checking, he said, 3 kg of poppy husk was found under the driver’s seat, while 600 gm of heroin was found from the handbag of Kuljinder Kaur and 400 gm from Sarabjit’s handbag.

The SSP further said during interrogation, the arrested accused, Kuljinder Kaur and Sarabjit Kaur, revealed that they had brought the heroin from Srinagar at Rs 1,800 per gram and were on their way to sell it to their customers at Rs 3,200 per gram.

Harjinder Singh confessed that he works as a taxi driver, and he, too, used to procure drugs from Srinagar. He revealed that through his taxi job, he had come in contact with the women peddlers, and they have together brought drugs from Srinagar four or five times in the past, the SSP added.

He said the accused would be produced before a local court and their remand would be sought to find out from whom they were bringing these drugs from Srinagar and who were their customers.