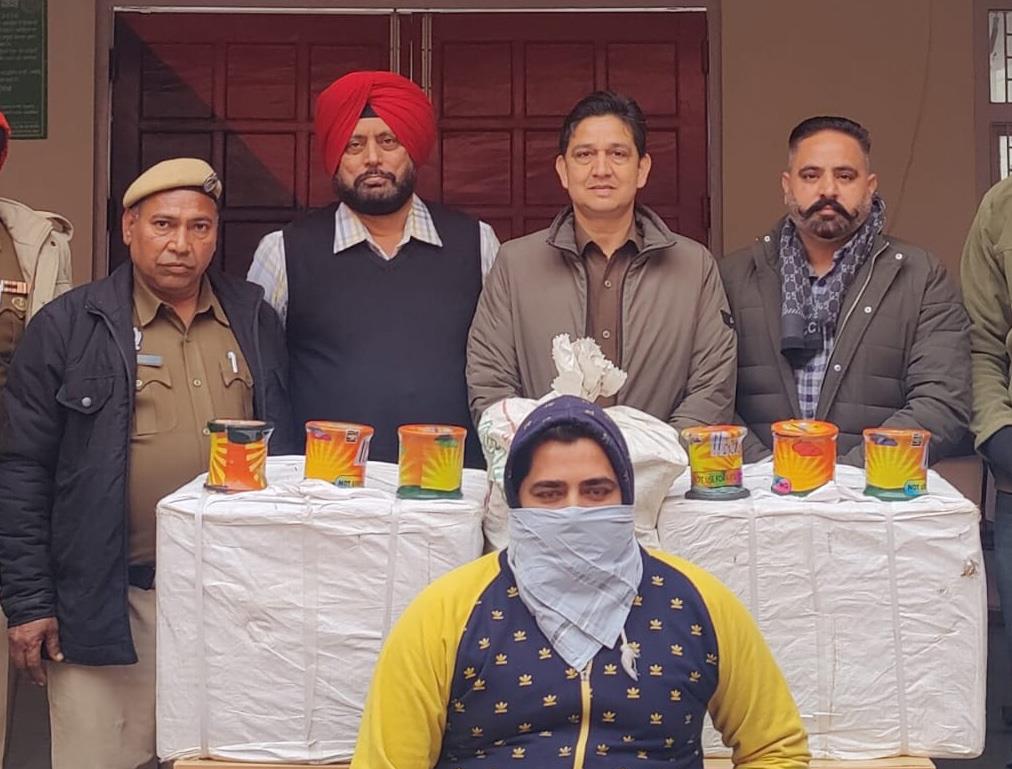 A suspect in the police custody in Jalandhar on Wednesday.

The city police on Wednesday arrested two persons in separate cases and seized 215 spools of banned kite-flying string from their possession. The suspects have been identified as Chandan Prakash, a resident of Avtar Nagar, and Davinder Kumar, a resident of Pucca Bagh.

As per the police, teams of Bhargo Camp police station and division number four police conducted raids in their respective areas and arrested Avtar and Davinder under Section 188 of the IPC. The police said 140 spools of banned kite-flying string were recovered from Avtar, while 75 spools from Davinder.

“Regular checkings were being conducted to nab those who have been illegally selling this banned string and playing with the lives of humans, birds and animals,” a police official said, adding that police remand of both the suspects would be secured to interrogate from where they had procured the banned string.