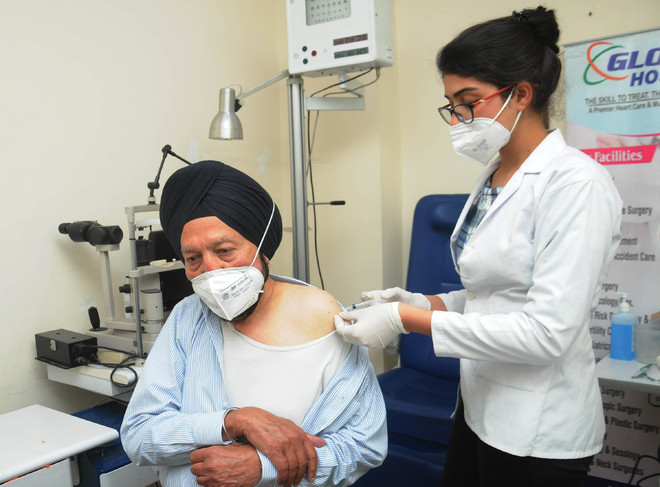 As many as 22 more school students tested positive in Jalandhar district on Sunday. With this, the number of cases among pupils reached 203 in the last three days. A total of 141 new cases were reported today, thus taking the district tally to 22,541. 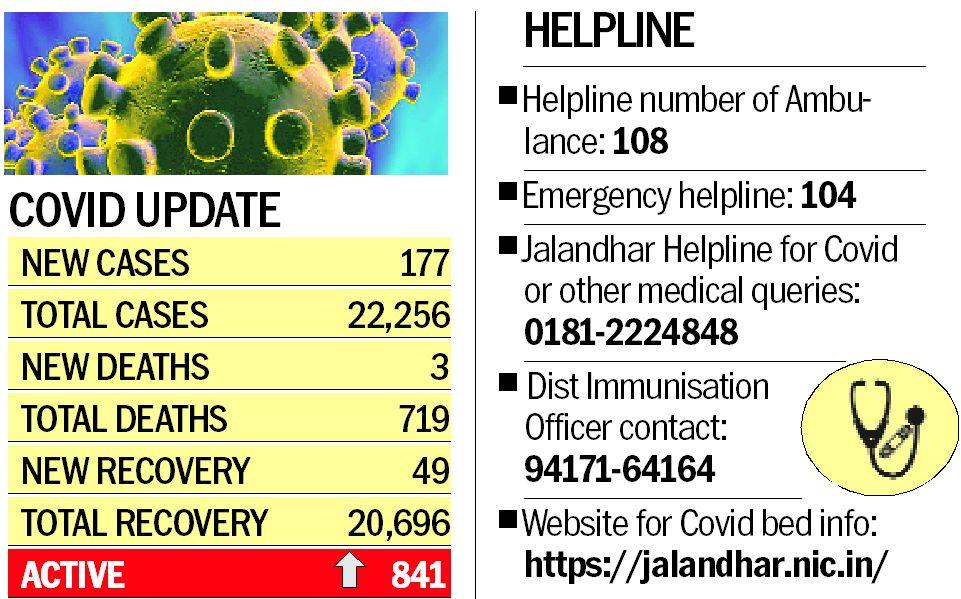 DEO Harinder Pal said: “The PTMs will be called off at all high-risk schools. There are some schools whose reports have not reached us. The PTM won’t be held physically in schools where cases are being regularly.”

The PTMs have been called off at the government schools in Phillaur, Bhogpur, Basti Sheikh, Kanha Dhesian and meritorious school.

Testing takes a back seat?

There are apprehensions that schools as well as the Health Department have reduced testing. While rapid testing was held from February end to March first week in the district, sources said the testing slowed down over the weekend. There were no instructions to conduct tests at hotspots on Monday.

At a school in Phillaur, 842 (roughly 800 students and 42 teachers) were tested from whom 96 students and four teachers came out positive. However, even as the school has 1,300 students, no new testing camp has been scheduled.

Principal Sushila Kumari said: “We were busy with preparations for the PTM, but it was called off today evening. So far, there are no new instructions for holding testing camps. The SMO has assured us of testing all the students and teachers.”

Deputy Commissioner Ghanshyam Thori said: “Testing of students is taking place as per the protocol. Remaining students at affected schools will also be tested.”

With 125 new positive cases reported in Hoshiarpur district, the number of Covid positive patients rose to 9,467 while the death toll due to Covid remained 380 as no death was reported on Sunday. Civil Surgeon Dr Ranjit Singh said 1,556 new samples with suspected flu-like symptoms were taken. The number of active cases in the district is 691 while the number of recovered patients is 8,396. — OC