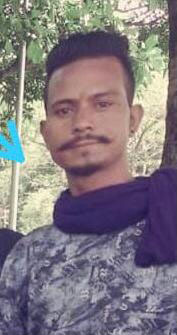 A 22-year-old man, who was arrested in a snatching incident on Saturday, committed suicide in the police custody. Jatinder Singh, alias Kala, of Muddowal village in Subhanpur, was in Kartarpur police station lock-up when the incident took place. He was found dead by police officials. He was arrested on Saturday for snatching a mobile phone under Section 379-B of the IPC.

The 22-year-old was found hanging from upper grills of his cell by police officials. A three-member board of doctors has also been constituted by the court to look into his death. As per the police, brother of the victim is also currently lodged in jail, the deceased himself had two previous cases registered against him.

Inspector Ram Singh said: “The man was produced in court on Saturday, after which he was kept in custody. He was suffering from Hepatitis C and his Covid test was also conducted. He was lodged in his cell last night wherein he was found hanging in the wee hours. He hanged himself by creating a noose out of a sheet which had been provided to him. He tore it and tied it from the upper grills of his cell to commit suicide.”

SSP (Rural) Sandeep Kumar Garg said: “An inquiry has been ordered into the death by the judicial magistrate. He had two previous cases against him. This was the third case. He was presented in the court and all his medical tests were done before being kept in custody. His postmortem report is yet to arrive.”