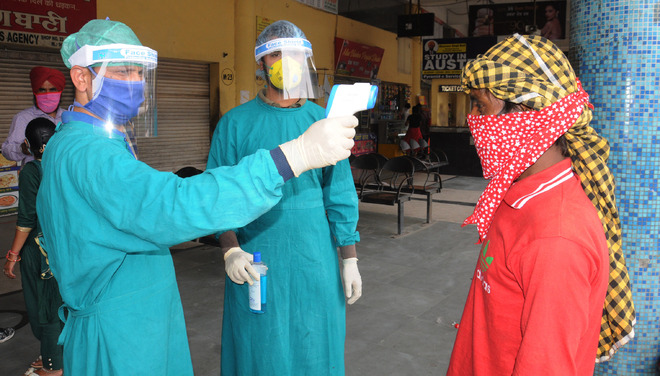 In the given scenario, the district currently has 20 ventilators. Of the nine deceased in the district, at least six were on ventilator. They include Ayurvedic chemist Parveen Sharma, a Maharashtra labourer from Basti Gujan who was admitted to a private hospital, a 64-year-old Tagore Nagar man, who died a day ago, another person admitted to a Ludhiana hospital with comorbidity, a 91-year-old city man and a man from Gurdaspur.

Of those persons put on ventilators, only a Nijatam Nagar woman has survived, while the rest died. Barring these, many other suspected cases were also put on ventilator but they were discharged later.

Of the 270 positive cases, there are currently 36 active cases. With steady increase in the cases on Tuesday, patients at the Shahkot facility had peaked with only a few empty beds left to spare at the facility. However, today many of them were discharged. The Shahkot facility and the local Civil Hospital have 10 ventilators each.

Since ventilators are available at the ICU of the Civil Hospital only, patients with other diseases also can’t share the ICU in case they need it, since it is dedicated to COVID-19 cases. Of the 270 cases, 228 are discharged.

Civil Surgeon Gurinder Kaur Chawla said: “We have well-equipped staff and ventilators. Private hospitals can also be notified if there is a need for ventilators.”

Dr Navjot Dahiya, president, IMA state chapter, who is among doctors running the IMA facility in Jalandhar, said: “The IMA facility has been set up for frontline workers and those in dire need. Recently, we had about 21 patients but now they have been discharged and only around 12 are left. None of the patients have been put in the 10-bed ICU yet, except a person with minor trouble. Ten ventilators are sufficient. We also have a back up of 150 ventilators of which 50 can be available within two days. Additionally, 50 places have also been identified in the district for setting up facilities as per need. We had also requested the government for a formal MoU with the IMA regarding Covid facilities and staff for the Shahkot facility, but didn’t get any response.”