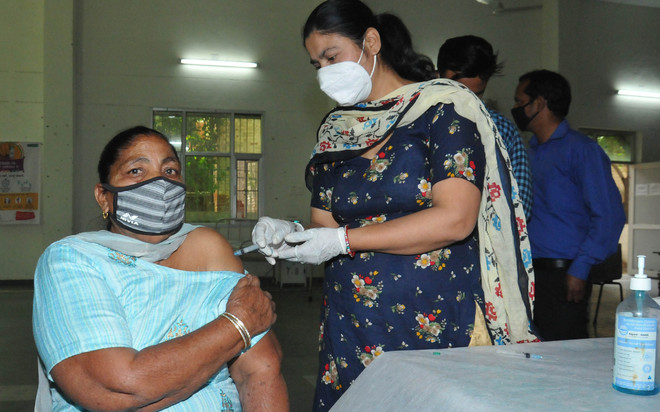 With 405 new cases reported in Jalandhar on Friday, the district tally reached 35,831. The health authorities reported three deaths in the district, thus taking the death toll to 1,006. At present, the district has 3,169 active cases and a total of 31,656 people have been discharged so far.

She asked heads of all the departments to submit details of their employees so that they too could be administered the vaccine.

She said departments, including revenue, cooperation, education, rural development and panchayat, social security, food supply, agriculture and public works has maximum staff, besides having direct dealing with masses. Uppal said they all fall into ‘Super Spreader’ category and all of them should be vaccinated. 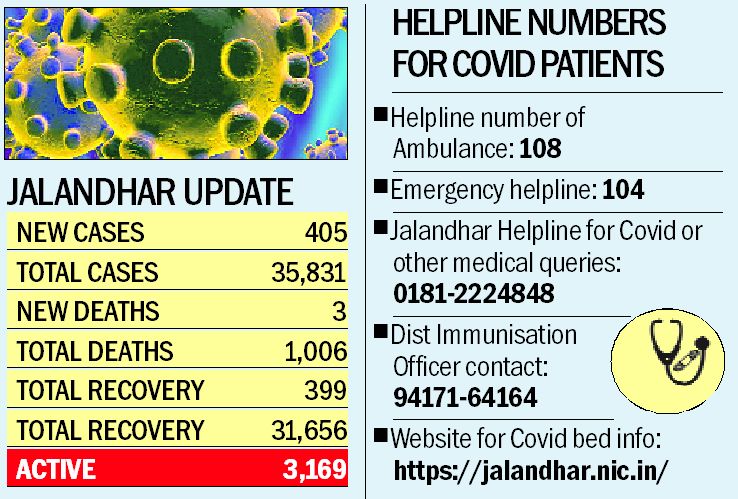