3 held with heroin in Goraya : The Tribune India 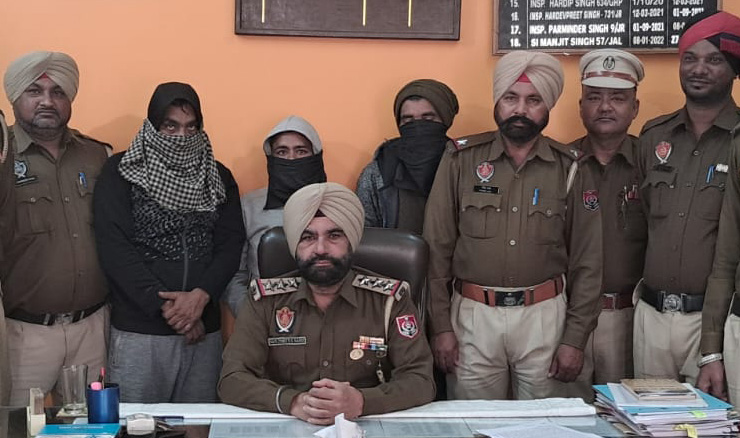 The accused in the Jalandhar police custody on Sunday. Tribune photo

Acting on a tip-off, the Goraya police raided a shed in a four-walled plot in front of a store on the Atti Road. The police had been informed that a trio was planning to consume heroin at the site.

Upon raiding the plot, the police nabbed three men from and seized 22 gm of heroin from them. The suspects have been identified as Jagjit Singh of Jalandhar, Kashmir Chand of Phillaur and Daljit Singh of Balachaur (SBS Nagar). A case was registered against the trio under Sections 21, 61 and 85 of the NDPS Act at the Goraya police station on December 2. The trio will be produced in court, and their judicial remand would be sought.

Besides, a man was arrested today with intoxicating tablets by the Goraya police.

At a naka on the Samrari Road, a police team spotted a man carrying polythene bag in his right hand. On seeing the police, he dropped the bag and turned around. He was nabbed on the basis of suspicion. He revealed his identity to the police as Jaswinder Singh of Goraya. As many as 198 intoxicating tablets were found in the bag. A case has been registered against the suspect under Sections 22-B, 61 and 85 of the NDPS Act at the Goraya police station.