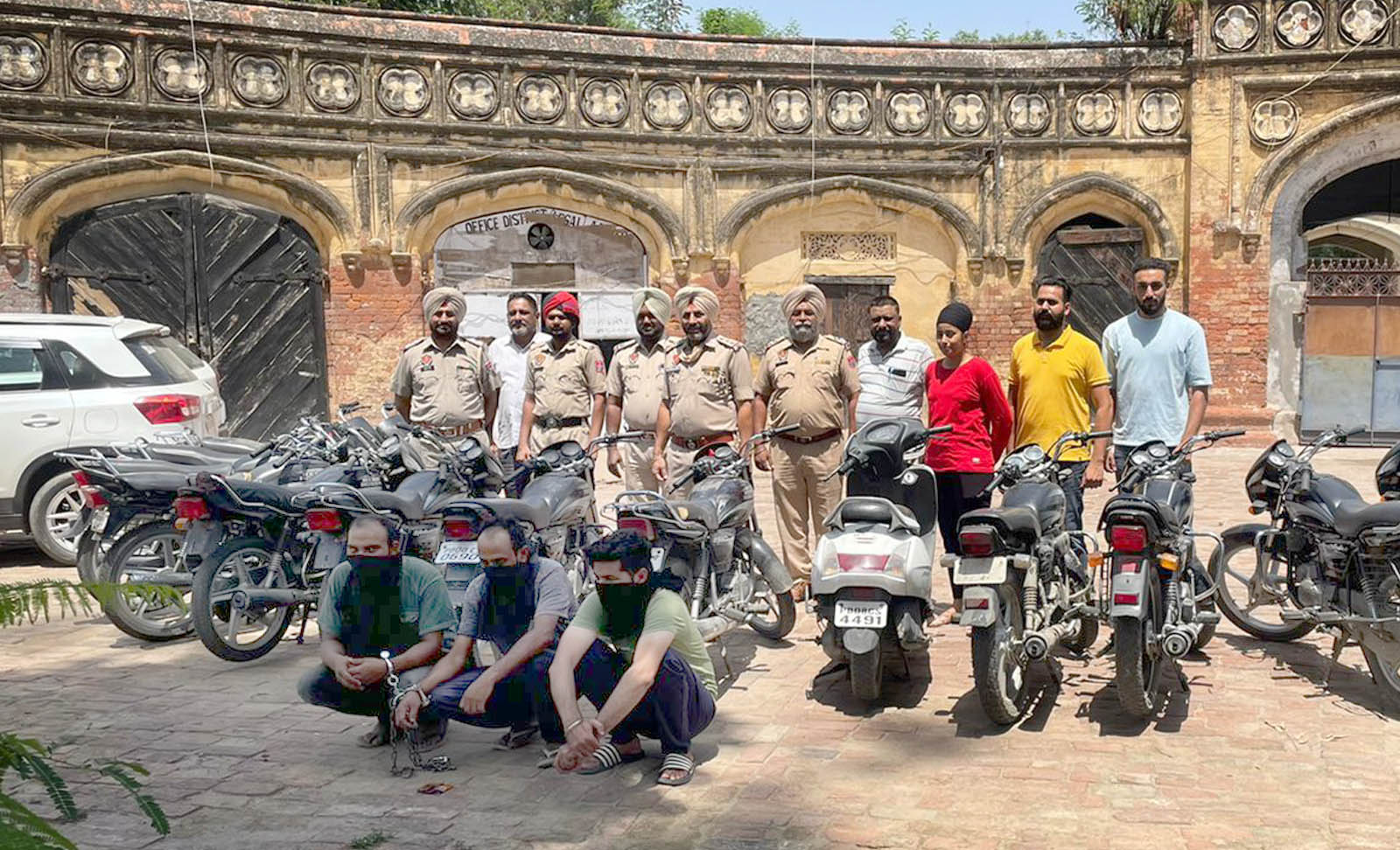 The Kapurthala police with the arrested gang members and recovered vehicles. Tribune Photo

Kapurthala police arrested three members of a vehicle lifters’ gang and recovered 13 motorcycles from their possession. Active in Jalandhar and Kapurthala areas, the accused used to steal vehicles and sell them at cheap rates with fake number plates.

The gang members have been identified as Sanju of Mohalla Jatpura in Kapurthala and Sudesh Kumar of Jatoli village near Jwala ji in Kangra, Himachal Pradesh, who is presently residing at Guru Nanak Nagar of Kapurthala. Based on information revealed by the accused, the police later arrested Harpreet Singh of Murar village in Kapurthala. The accused had admitted that they had sold stolen vehicles to Harpreet and handed over the money to Jatin of Kapurthala.

The arrests were made under the anti-drug and thefts campaign of the Kapurthala police under SSP Rajbachan Singh Sandhu. A naka was laid by Kapurthala CIA staff in-charge Jarnail Singh. During the naka, the CIA staff along with a police party on Kapurthala to Wadala Phatak and Jalandhar road, received a tip-off regarding the two accused, following which they were arrested.

An FIR was registered against the accused on Thursday under Sections 379, 411 and 482 of the IPC. The police said both of them had been stealing motorcycles from various areas in Kapurthala and Jalandhar for a long time.