3 of vehicle thieves' gang arrested in Jalandhar : The Tribune India 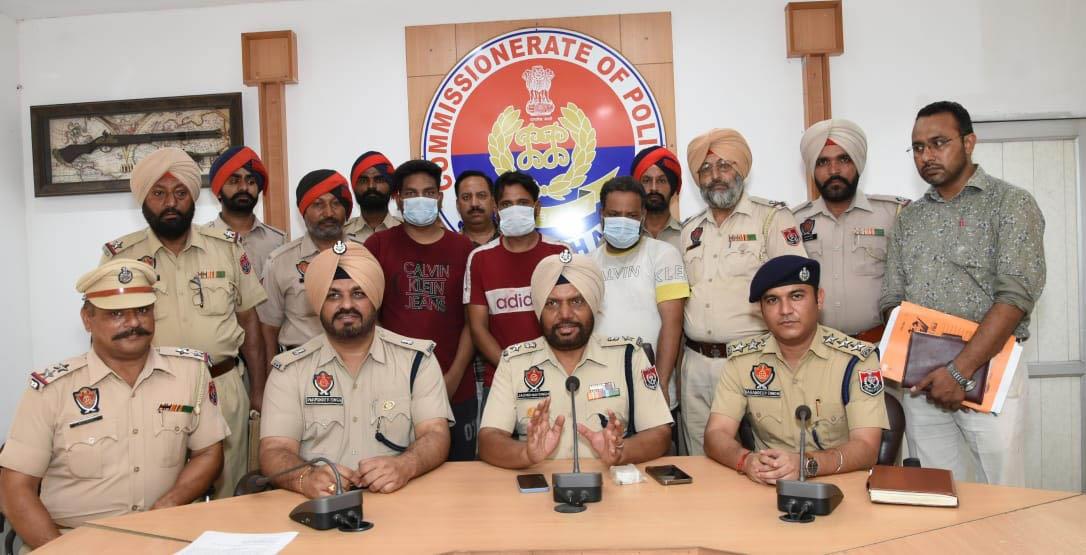 Tightening the noose around unscrupulous elements, Jalandhar Commissionerate Police on Tuesday busted a gang of thieves, involved in stealing of vehicles in the city, by nabbing three members of the gang.

Those arrested have been identified as Parveen Kumar, a resident of LIG Flats near Urban Estate Phase-I, Lucky of Barring village, and Kuldeep Singh from Meheru Colony, Kapurthala district.

Divulging details, Commissioner of Police (CP) Gursharan Sandhu said a police party, led by Sub-Inspector Bhushan Kumar, had arrested the accused and recovered a stolen two-wheeler from them. He added that the said two-wheeler was recovered from Jalandhar Cantt railway station and accused in order to escape the police surveillance had pasted a fake number registration plate on it.

He said during preliminary investigation it was found that the accused were involved in stealing of vehicles which they used to sell on cheaper prices. He said the police teams recovered four cars, including two Swifts, Ertiga and Corolla, from their possession, which they had hid amid abandoned government quarters near the railway station.

Lauding the efforts of ACP Jalandhar Cantt Babandeep Singh and his entire team, the CP said the drive against such anti-social elements would further be intensified in coming days as concerted efforts were being made by the department to maintain law and order of the city at any cost.

Deputy Commissioner of Police Jagmohan Singh said the police remand of arrested accused had been taken from the court and an indepth investigation would be carried out so as to ascertain that how many more vehicles have been stolen and sold by this gang. He said the forward and backward linkages of this gang would also be probed to ensure arrest of remaining accused involved in this crime, if any.