Drive to be held at three health facilities; 500-600 vaccines sent to each centre

Notably, the first Covid case was reported at Virk village (where three persons contracted the virus) in the district on March 24 last year. They were all relatives of Nawanshahr-based Baldev Singh who was then referred to as the super spreader.

The vaccine would be administered to 300 health workers at three health facilities — the Civil Hospital, Jalandhar; the Sub-Divisional Hospital, Nakodar, and the CHC, Basti Gujan. A team of health workers has been deployed at these centres which will administer the dose to 100 beneficiaries. Around 500 to 600 vaccines have been dispatched to each centre for the vaccination drive.

About 400 health workers — doctors, nurses and paramedical staff — have been deputed at the Civil Hospital. Of them, 100 would be vaccinated. Twentyeight days after the first dose, the second dose of the vaccine would be administered to the same set of health professionals.

A total of 31 health teams would be administering the vaccines across all 29 session sites and each team has a target to vaccinate 100 beneficiaries per day, which would mean 2,900 persons to be vaccinated daily. District Immunisation Officer Dr Rakesh Chopra said, “All arrangements have been ready and the vaccines have been sent to the three centres. The vaccine will be administered to 300 health workers on Saturday and on subsequent dates, starting Monday, the number of centres where health workers are to be vaccinated would be increased.” 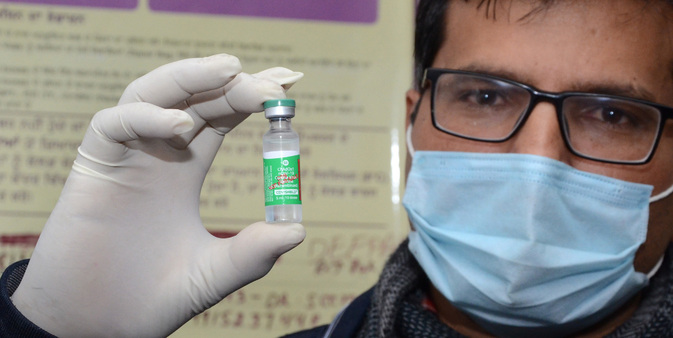