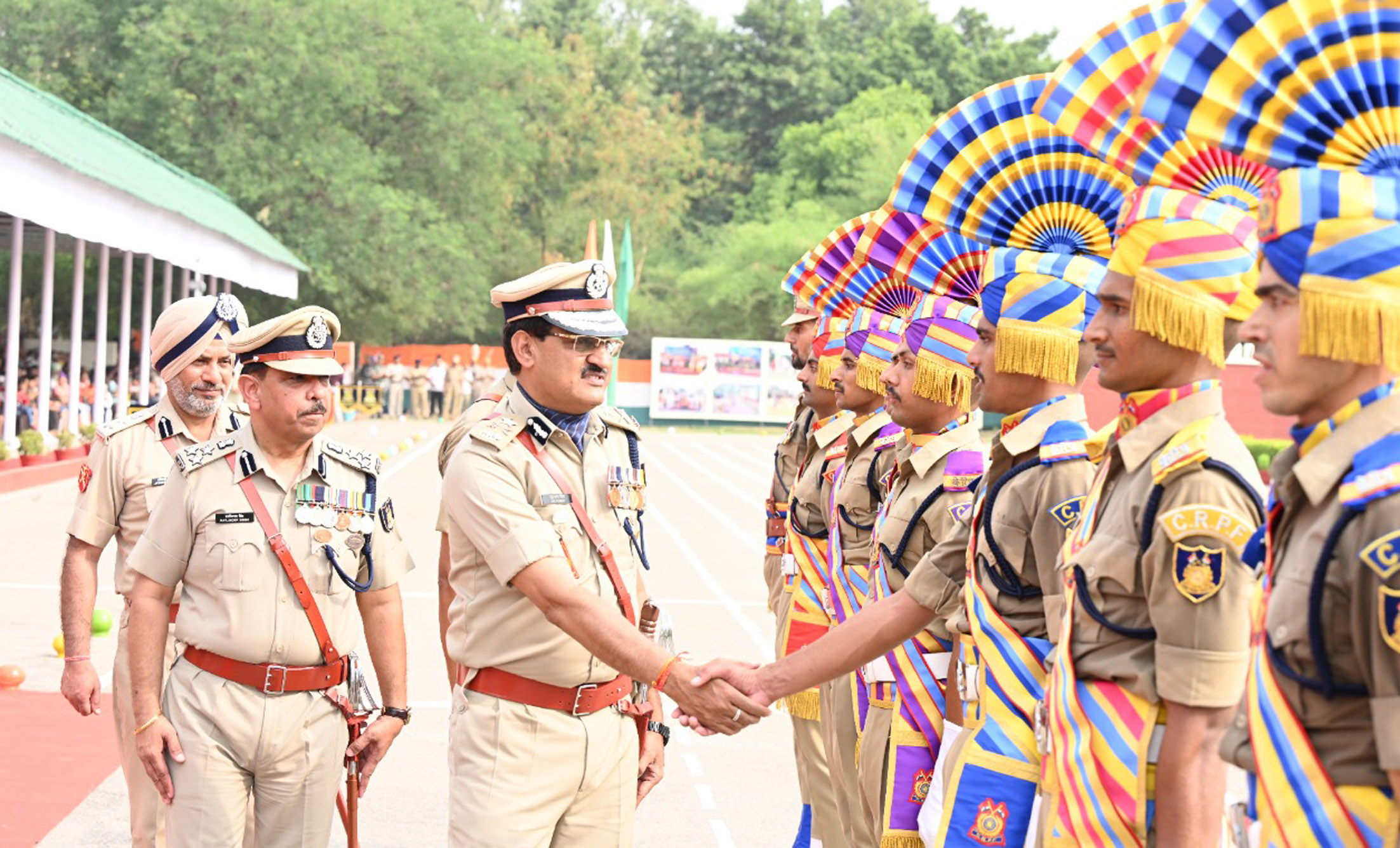 As many as 327 trainees of the Central Reserve Police Force (CRPF) passed out on Wednesday from ATC, Group Centre of CRPF, Jalandhar, after undergoing multi-disciplinary rigorous training of 44 weeks.

The training has made the soldiers proficient in various skills so as to make them mentally and physically robust warriors of the CRPF, the largest paramilitary of the nation. During the training, they were imparted skills to make them capable of taking on the responsibility of internal security and accomplishing the mission of the force across varied theatres of deployment.

In the impressive passing-out parade ceremony, Mool Chand Panwar, IG, CRPF, Chandigarh, took the salute and reviewed the parade. Harjinder Singh, DIG, Group Centre, Jalandhar, in his welcome address, expressed his gratitude to the chief guest and the invitees. He read out the report card of trainees and the role of CRPF in maintaining internal security.

Trophies were awarded by the IG to the trainees, who excelled in various disciplines. The All Round Best Trophy went to Constable Sanjay from Charkhi Dadri district, Haryana, for his excellence in all fields. Constable Ravindra Vaishnav received trophy in drill, Constable Pinku in firing, Constable Sanjay in BOAC, Constable Ashish Kumar in indoor, Constable Vijay Kumar Choudhary in outdoor.

Addressing the newly passed out constables, IG Panwar congratulated them and their families who witnessed important milestone in the lives of their wards, on joining the CRPF family. He exhorted them to work selflessly to uphold the true spirit of the Constitution of India. On the occasion, the newly passed-out trainees enthralled the audience with their demonstrations of unarmed combat, synchronised drill and martial arts.

Serving /retired officers, other distinguished guests and families of newly passed-out constables attended the passing-out parade. Later, the chief guest and invitees interacted with the new members of the force and their parents during high tea, celebrating with the spirit of the occasion.