Were planning something big, claim police 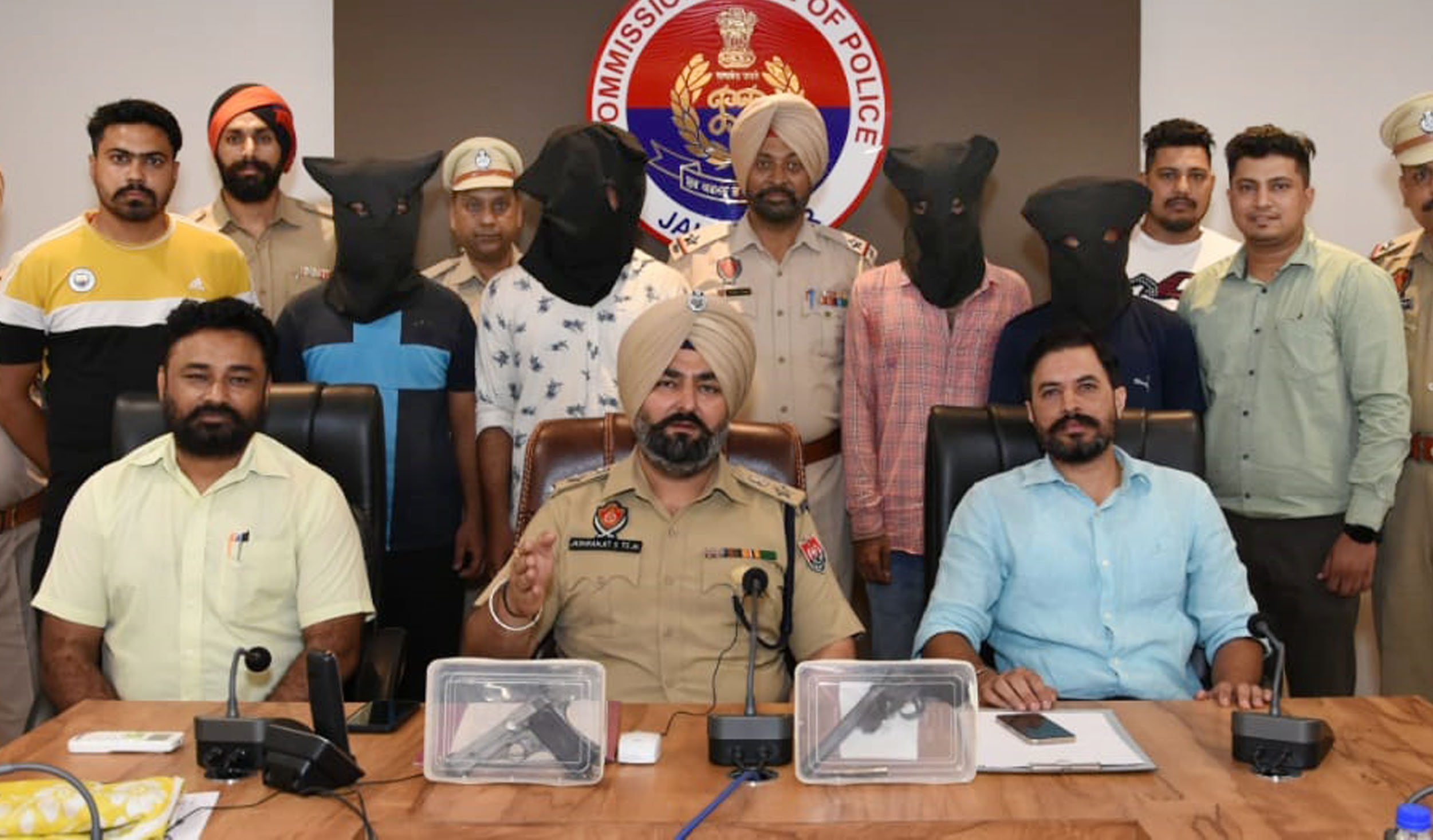 The police with the suspects and the seized weapons in Jalandhar on Saturday. Tribune Photo

DCP, Investigation, Jaskiranjit Singh Teja said the staff of CIA-II was on a regular checking operation near Maqsudan Chowk when they received a tip-off that some youths, who were planning to commit something big in the city today, were standing near Y-point, close to Bhagat Singh Colony flyover. “Following which, Inderjit, in-charge of CIA-2 along with his team rushed to the spot and arrested the four with illegal weapons,” he added.

He said a case under Sections 25, 54 and 59 of the Arms Act has been registered against the four at the police Division No. 1. “The investigation in the case is underway. The police are yet to ascertain what they were planning to do. The police produced them in a local court today to seek their remand,” he said