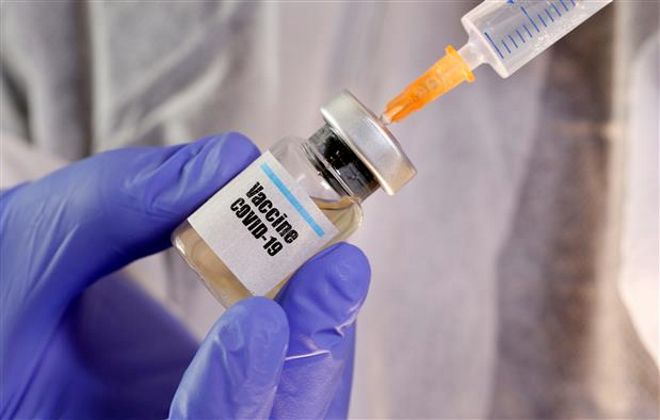 Additional Deputy Commissioner (G) Amit Kumar Panchal said the senior citizens in the age group of 60 years or above and those between the age of 45 years and 59 years with comorbidities, who are unable to get themselves registered at online portal CoWIN 2.0, could make their registrations through 25 Sewa Kendras. He said necessary directions in this regard had already been issued to all Sewa Kendras, where registration could be done by furnishing a photo ID card as proof. He said people having comorbidities will have to produce a certificate in this regard issued by a registered medical practitioner. He said Rs30 would be charged for registration at Sewa Kendras.

After registration, the beneficiary can visit a nearby hospital to get the Covid vaccine, said Panchal, adding that the vaccine was being administered at 17 government hospitals and seven private ones. The ADC said the government hospitals included Civil Hospital Hoshiarpur, Police Lines Hospital, Civil Hospital Dasuya, CHCs Binewal, Bhaul Kalota, Mand Bhander, Hazipur, Tanda, Harta Badla, Buddabarh, Bhunga besides Civil Hospital Garhshankar, Mukerian and PHCs Chakkowal, Posi and Paldi, while the vaccination was also being inoculated at seven private hospitals namely IVY, Aman, Modi, Central, Narad, JJ Hospital Children and Women Wellness Centre and SS Medicity, Talwara Road, Mukerian. More private hospitals would be included in the list, if needed, for vaccination in time to come as per the requirement in the district, he said.

Urging people not to panic or believe any misinformation, Panchaal said eligible people could get themselves registered in Sewa Kendras as the Covid vaccination was the call of the day in present context.

Hoshiarpur: With the arrival of eight new positive patients in Hoshiarpur district, out of the reports of 170 samples, the total number of positive patients has increased to 8,768. With four more deaths reported on Thursday, the death toll reached 379 in the district. As many as 2,668 new samples from the people with suspected flu-like symptoms were taken on Thursday. The number of active cases is 443, while the number of patients who have recovered is 8,203. Civil Surgeon Dr Ranjit Singh Ghotra said of today’s eight patients, five have been found in Hoshiarpur city while the remaining three are from different health blocks of the district. The total number of samples taken in the district so far has become 3,20,626 and 3,05,772 are negative, while 7,769 reports are awaited and 202 are invalid. OC