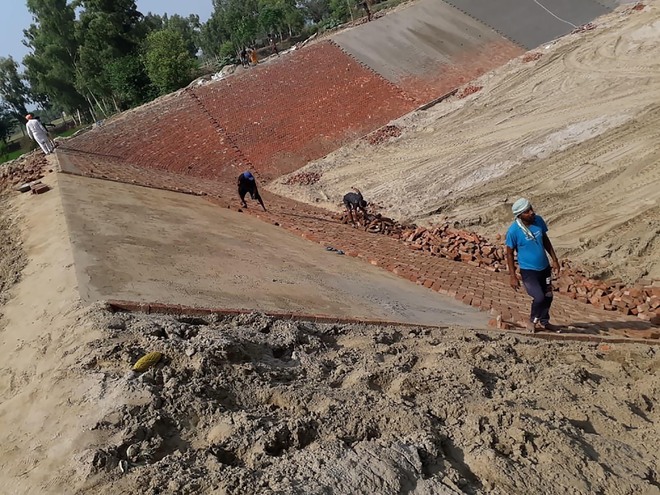 The district administration will develop 55 ponds based on the Seechewal model to ensure recharge of groundwater table.

To ensure recharging of groundwater table which is already depleting and to use the treated water for irrigation purposes, through an eco-friendly method, the district administration will develop 55 ponds based on the Seechewal model during the current financial year. All 11 blocks will have such five model ponds in the district.

Additional Deputy Commissioner Vishesh Sarangal said the construction work had been started in 11 villages of various blocks in the district under the Mahatma Gandhi National Rural Employment Guarantee Act (MGNREGA). Sarangal said funds ranging between Rs 16-17 lakh would be incurred on the construction of each pond.

The ADC said under this model, the used water draining out of houses and other sources, passes through three wells where solid and oily waste are segregated, before flowing into the pond. He said refined liquid then flows into the pond and remains stagnant for at least seven days, which helps kill the germs in water naturally. Then it can be used to irrigate the crops through pumps.

He said this model helped in recharging groundwater table as sewage water would be treated into three wells and the same would be used for irrigation and farmers would not have a need to depend upon other sources.

He added that the Punjab government was making concerted efforts to save the groundwater from depleting further either by plantation of saplings, increasing green cover, promoting maize and other crops, which use less water, drip irrigation or installing rainwater harvesting systems in the state.