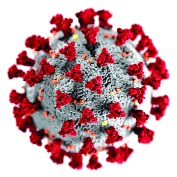 As many as 56 new Covid cases were reported from Jalandhar district today, taking the overall caseload to 79,835. However, the good news is 77,464 people have recovered from the infection and the number of active cases remains low at 423. Also, as there was no casualty reported from anywhere in the district, the death toll remains at 1,948.

Meanwhile, two new cases were reported from Kapurthala district today. The district case tally remains at 24,149. No new death was reported in Kapurthala either. The total number of deaths in Kapurthala stands at 593.