80 suicides reported in Jalandhar during pandemic-induced lockdown : The Tribune India 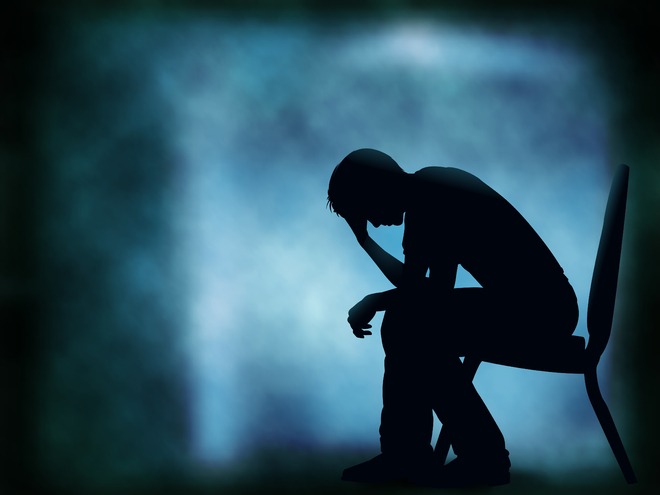 With mind full of aspirations to do everything possible to provide his 3-year-old daughter a comfortable life, a 26-year-old man ended his life on July 21, last month. Not only this, deceased Gurpreet Singh, went live on Facebook before taking the extreme step and narrated his ordeal on how he was being allegedly harassed and assaulted by his employer.

Teary eyed, he said he never wanted to do this and loved his daughter. After losing his job in the lockdown, he reportedly started working as a caretaker at a property dealer’s house in Model Town. He accused the house owner of harassment and not paying salary on time, which pushed him to resort to take the extreme step.

Similarly, furious over being scolded by his father for overusing phone and playing PUBG, 20-year-old BBA student Manik Sharma shot himself to death on July 30. He was the only son.

Call it economic distress or limited access to mental healthcare, as many as 80 people in the district have committed suicide due to their helplessness or uncertainty during the pandemic-induced lockdown.

As per the police, while some committed suicide over their shattered foreign dreams due to overseas travel curbs, others ended their life due to domestic disputes and financial woes. Maximum suicides (18) were reported in the month of May, from both rural and city areas, followed by 13 each in April, June and July and six people ended their lives in March. However, last year, nearly 60 suicide cases were reported in the city.

According to an SHO, suicide notes were rarely recovered and the deaths were generally marked ‘unnatural’ in police records. Meanwhile, Dr Aman Sood, Assistant Professor, Psychiatric and De-addiction at the District Civil Hospital, said: “Undoubtedly, cases of mild, moderate and severe cases of depression and helplessness have surged in the past four months. People were found struggling with overgrowing financial burdens, psychiatric illness, anxiety, fear and other similar cases that pushed them to suicidal thoughts. In this hard time, anyone who has similar thoughts should remain united with family, focus on positivity and follow regular exercise and healthy diet. Besides, communication is the best medicine.”

July 30: Furious over being scolded by his father for overusing phone and playing PUBG, 20-year-old BBA student Manik Sharma shot himself to death. He was the only son.

July 21: 26-year-old Gurpreet Singh ended his life and even went live on Facebook before taking the extreme step narrating his ordeal of how he was being allegedly harassed and assaulted by his employer

June 28: After having failed to go back to his house in UP to marry his girlfriend, a 22-year-old migrant hanged himself.

June 27: a 19-year-old girl of Lamma Pind hanged herself after her dreams to study abroad could not see the light of the day. She was staying with her family.

May 13: A couple committed suicide over marital dispute. The deceased were identified as Ashima Rana (35), a former lecturer at APJ College and her husband Vikas Rana (38).

April 21: After having failed to return to England, Amarjit Singh (72) an NRI residing at Kaki village, committed suicide.

April 18: a 27-year-old girl from Anand Nagar, Jalandhar, hanged herself as she was upset after her dream to study abroad got shattered. She was to get married in the US