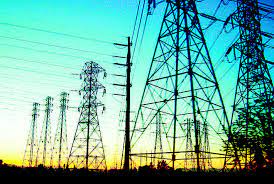 A year after they were allotted booths at the new District Administrative Complex on Kartarpur Road in Kapurthala, a number of vendors and notaries are forced to continue working out of the old tehsil and old court complexes. The reason: no electricity. On the other hand, a majority of officials of the district administration have moved to the new complex.

There are about 66 booths at the new District Administrative Complex in Kapurthala which await power connections.

Owners of the booths claim that it has been over six months since they applied for electricity meters for their booths but nothing has been done in this regard. Stamp paper vendors, typists, notaries, deed writers, among others are forced to stay at their old offices. The old tehsil complex is in the city centre (opposite erstwhile Jagatjit Cinema) which is 4 km from Kartarpur Road where the New DAC Complex is located. Clients have to cover 4 kilometres extra just to procure a stamp paper or get a deed.

Kewal Krishan, a deed writer, who sits at the old tehsil complex, says, “The administration and officials have moved to the new complex but we are still here. We deposited our securities in 2019 and were allotted the booths in July 2020. It has been over six months since we applied for electricity meters and also deposited security for the same. But none of the booths have received electricity. Be it winter or summer, we cannot operate without power. Our printers, computers, photostat machines would not work. Despite regular complaints to the electricity department, our booths have not received electricity.”

Kishore added, “We have repeatedly visited the power department with the request but to no avail. Many people have even spent a lot of money on the new booths, got new tiles laid, installed aluminium or wooden doors and windows, laid new tiles. But with no electricity they are forced to work from older booths four kilometres away.”

The DAC Permission Holders’ Association of the New DAC Complex has also written several times to PSPCL demanding that power connections should be installed at their booths. A letter to PSPCL submitted on September 30, 2020, said, “Sir, most of us have applied for electricity meters for over the past over 15 days, but till date no action has been taken…”

Sanjiv Kumar, a stamp paper vendor, said, “Both we and people face inconvenience in this arrangement. It is ironic that electricity is there for key officials but no power connections could be arranged for us as yet. While one of our associates had shifted to the new booth, he currently uses a generator.”

Inderpal Singh, Deputy Chief Engineer, PSPCL, Kapurthala, said, “The hotline, which would provide power to the booths, is already paid for by a District Sessions Judge for connection to the court complex. Without his permission, we cannot use the same line elsewhere. But the permission has not been received by us due to apprehensions of excessive burden on the line. Due to this the matter has been on hold for long. However, we are trying to find a solution to the problem. While it is not feasible to get a line from a new source for another complex on the same premises, we are trying our best to resolve the problem. We are trying to receive permission from the Sessions Judge, failing which we are also working on arranging power from a new source. The matter is a priority and a solution would be found soon.”