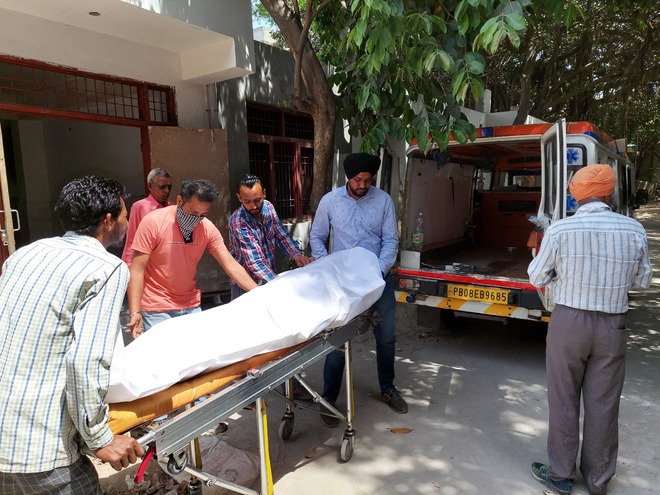 A city-based NGO under the banner of “Aakhri Umeed Welfare Society” is providing free of cost assistance for cremating bodies of persons who die of Covid.

A city-based NGO under the banner of “Aakhri Umeed Welfare Society” is providing free of cost assistance for cremating bodies of persons who die of Covid.

In the recent past, there have been incidents where due to the virus scare, kin of the deceased do not come forward to cremate the bodies of the victims. A team of 15-20 members of the NGO has been lending its helping hand to perform the last rites of such persons since last year.

Diler Singh, a volunteer, said owing to a huge spike in number of infections and deaths due to the virus, people had become panicky and the kin of persons who had lost their lives to Covid were found hesitating to perform their last rites. “Besides, in some cases when the administration came forward for the purpose, some locals had also been found restricting them from cremating the bodies of Covid victims,” he said.

Founded by its president Jatinder Singh, the NGO operates from Babreek Chowk, near Football Chowk, and the voluteers do not draw any salary.

The family members attending the funeral of Covid-hit are also given free PPE kits. Whereas, as per reports, some private hospitals have been charging family members of the deceased Rs8,000-10,000 for making arrangements for cremation of Covid patients.

“Initially our volunteers found the task hard and at times we ourselves used to get scared, but fortunately, none of us caught the virus. Last year, we even cremated six to eight bodies in a day and in the second phase of the outbreak, the maximum number of cremations went up to five only,” said Diler Singh.

With the surge in Covid fatalities, (215 last month and 90 in the last 16 days), the pressure to handle bodies of Covid patients has also gone up. Dr Kamraj, in-charge, Civil Hospital morgue, said: "Owing to the surge, we had to increase the staff. The bodies need to be sanitised completely and packed in two layers before cremation. Before handing over the bodies, PPE kits were also given to the family members as a mandatory safety protocol."