A total of 41 faces in electoral fray 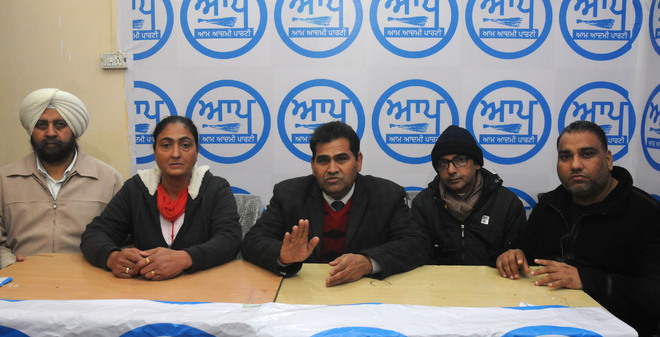 The Aam Aadmi Party, on Friday, announced its list for the nagar council and nagar panchayat elections. The party also announced to hold a bike rally on January 23, in solidarity with the farmers’ protest. District party (urban) president Rajwinder Kaur and district (rural) president Principal Prem Kumar said the party workers would hold a motorcycle rally on January 23 to lend solidarity to the kisan tractor march held by farmers on January 26. He exhorted several persons to participate in the tractor march.

They said the party workers would also participate in huge numbers to lend support to the tractor march on January 26.

Addressing the press, Rajwinder Kaur said it was for the first time in the history of the nation that on one hand, jawans would be holding the January 26 Republic Day march and on the other, farmers will be holding their own march. She said the party workers would participate in the kisan march.

Announcing candidates for Mehatpur, Nakodar, Adampur, Nurmahal, Kartarpur, Lohian Khas and Phillaur she said while the other parties had duped the people of the state, the AAP, if voted to power in Punjab, will provide free water, cheap electricity, good schools, state-of-the-art Mohalla clinics, sanitary arrangements, proper waste management, and various key facilities on the doorsteps of people. A list of 41 candidates for the nagar panchayat and nagar council polls was released.