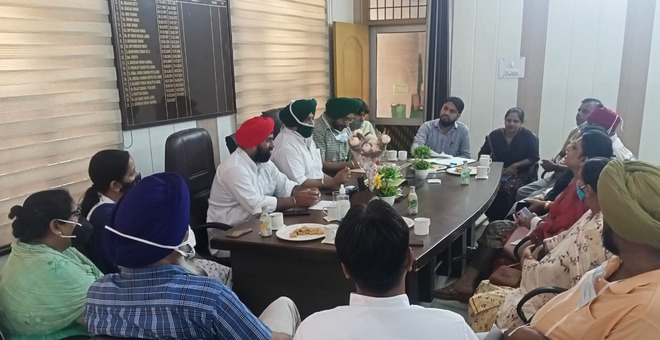 The Adampur Municipal Council, at a general house meeting held today, cleared all proposals for development works to the tune of Rs 30 crore put up on the agenda.

The newly elected president of the council, Darshan Singh Karwal, said this was for the first time that the proposals for such a huge amount had been passed and that too with unanimity. Regarding arrangement of funds, he said the MC already has Rs 12 crore in its kitty and Rs 20 crore had been got approved as grant by the state government with the support of ex-minister Mahinder S Kaypee.

Various development works that have been approved include raising a cricket stadium in the vacant land near football stadium, construction of a commercial city centre in a space available near bus stand, installing new tubewells in ward numbers 6 and 8, setting up eight high mast lights in the town, construction of a new MC building at space available near stadium, installing 65 CCTV cameras for keeping a digital eye on offenders, widening the road leading to Gazipur upto 25 feet and laying inter-locking tiles on roads among others.

Karwal said a proposal had also been passed to increase the income of the council by way of getting a GIS survey done, doing UID numbering of all residential and commercial properties and recovering property tax and licence fee from the owners. All councillors, executive Officer Harninder Singh and other officers were present during the meeting.