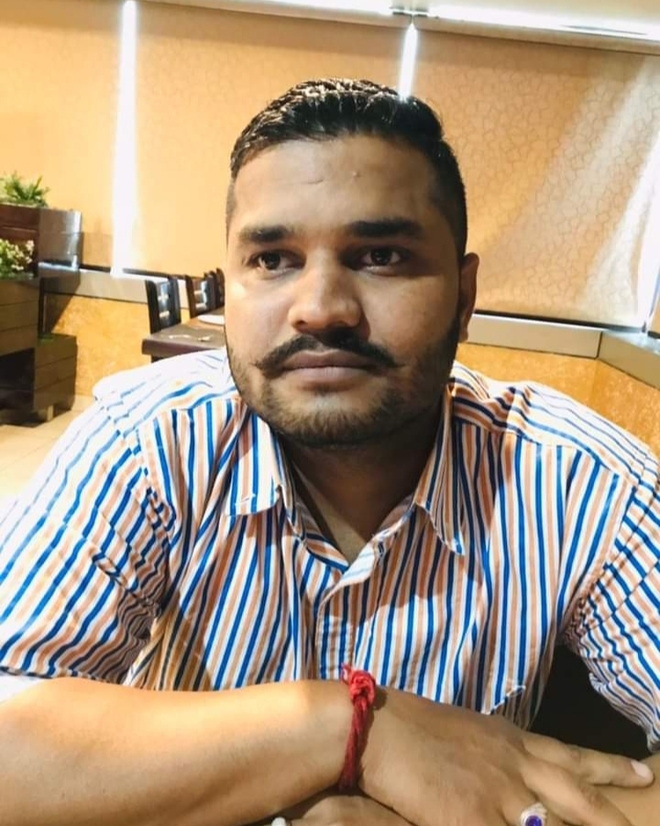 A 34-year-old man, posted as AEO in the Agriculture Department in Mukerian, was brutally murdered late on Saturday night. His blood-soaked body was found from a deserted place late in the night.

Giving information related to the incident, SHO Karnail Singh said after getting information on the phone from the control room, Chandigarh, he along with a police party reached Kalamanjh Kothi in Ward No.1. There were marks of wounds and injuries of sharp-edged weapons on the body.

He said the deceased was identified as Amandeep Dadwal (34), son of Sukhdarshan Singh, a resident of Shastri Colony (Mukerian), who was posted as Agriculture Extension Officer (AEO) in the Agriculture Department in Hajipur block. After the identification of the body, the police reached the house of the victim and informed his family about the incident. He said a case would be registered on the basis of the statement of the family members. The victim is survived by two sons (aged 8 and 4), wife and parents.

Sukhdarshan Singh, father of the victim, said Amandeep had left home for a medical store located at Talwara Chowk in the evening where he often used to go after his duty. There he got a call over his mobile from someone and he left the place. When he did not reach home even after a long time, he called his son but his mobile was switched off. He got upset and started calling his relatives and near ones, but Amandeep was nowhere to be found.

At around 12.30 am, the police reached their house and informed about the death of his son. The Mukerian police have booked Ashutosh, a resident of Colonel Di Kothi (Mukerian), and his unidentified accomplices under Sections 302 and 34 of the IPC on the complaint of the victim’s father Sukhdarshan Singh. The accused has not yet been arrested.