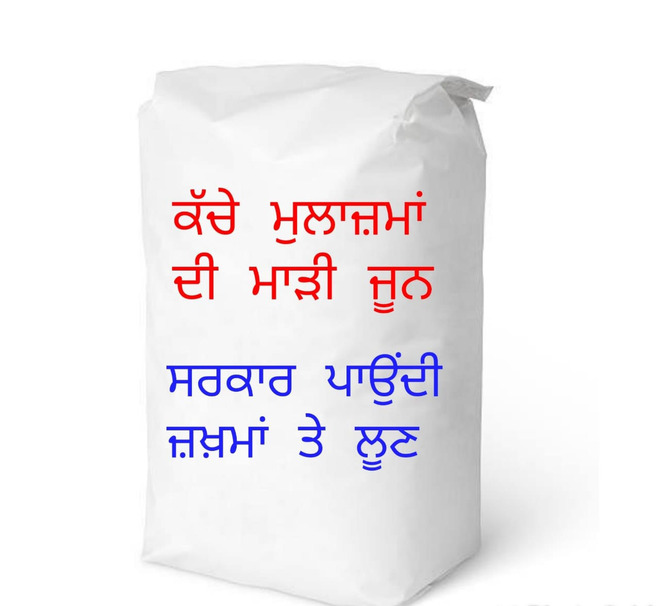 A poster released by the SSA Daftari Union in Jalandhar.

The Sarva Shiksha Abhiyan/Mid-Day Meal Daftari Karamchari union will lodge a unique protest on July 31 against the government for their long-pending demand of not regularising them. They will go to MLA Jalandhar Central Rajinder Beri’s house with salt and will ask him to rub it on their ‘wounds’ that have been given by Congress-led government.

Ashish Julaha, one of the leading members of the union, said, for the past four years, the government, in spite of listening to their demands, is only rubbing salt on their ‘wounds’ by not regularising them for years.

He said employees were getting meagre salaries and it was not easy to survive in the present times amid inflation. They also released a poster that read, ‘Kache Mulazim Di Maadi Joon, Sarkar Paundi Zakhma Te Loon’.

Recently, the union has released a poster depicting the Cabinet sub-committee. Notably, the union had been protesting against the state government for a long time now.