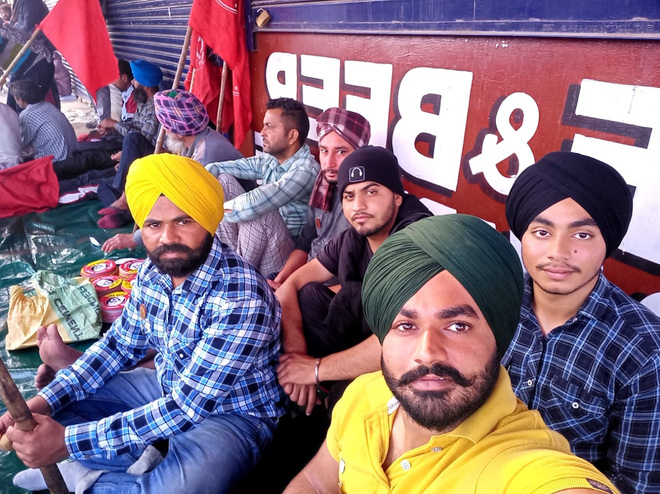 Farmers’ movement against three agri laws has catched everybody’s attention and all want to stand in solidarity with the agitating peasants.

The youth wing of the Kirti Kisan Union has been working relentlessly to garner maximum support from youth for the farming community.

Members of the union said they had been touring villages and trying to rope in more youth. They said youngsters were approaching them to make them a part of the movement and they were preparing for a tractor march to be held on the Republic Day on January 26.

Tarpreet Singh Uppal (32), convener, Kirti Kisan Union (youth wing), who came back on Sunday after spending 20 days at Singhu and Tikri borders, said volunteers were working day and night to ensure maximum participation of youth in this movement.

Tarpreet said they were looking after every arrangement, right from managing the stage and maintaining discipline. He said, “Our day starts early in the morning and we continue to work till late night. I have come back to monitor the situation here in villages. We want a plethora of youth from Punjab for the Republic Day march in Delhi.”

Tarpreet said people from every faith were present at the protest sites in Delhi. “Not just youth associated with the farming community, but everyone must head to Delhi in solidarity with farmers,” he said. Members have been eyeing to maximise their reach and interact with youth through social media.