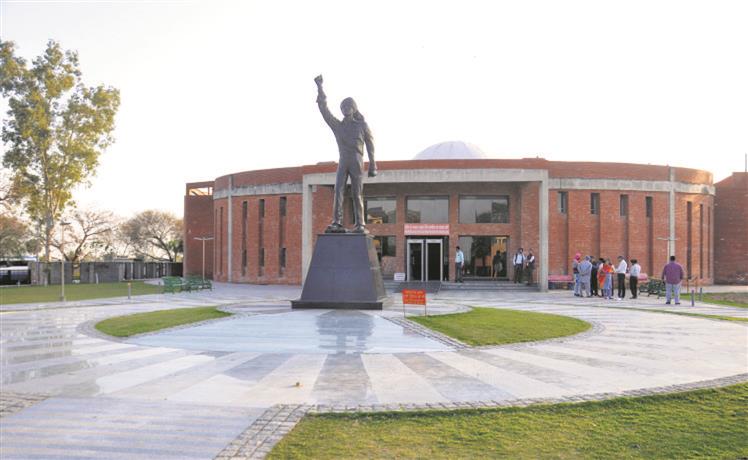 Met channi, mann, but to no avail

We write almost every month to the government with the demand. We met CM Bhgawant Mann on March 23. He vowed to build a stadium. Even ex-CM Channi had promised a stadium to be named after Bhagat Singh, but to no avail. — Gurjit Singh, Bhagat Singh Society president

With a strength of around 2,000 residents, Khatkar Kalan - which is the hub of action around all political events surrounding Bhagat Singh - still has no playground. Residents stress that there is a need for engaging the youth in sporting activities to keep them away from the menace of drugs. The residents have raised this demand time and again over the years.

In a statement, the Shaheed Bhagat Singh Welfare Society Khatkar Kalan said, “Today Prime Minister Narendra Modi declared that the Mohali Airport will be renamed after Shaheed-e-Azam Bhagat Singh in his Mann Ki Baat Programme... similarly, a national-level sports stadium and a government medical college be announced for the village.”

Notably, much of the open panchayat land in the village has been tapped for various government projects, including the martyr’s memorial - which collectively take up 14 acres of the village land. Villagers also rue a lack of proper educational institutions in the vicinity. The village has a chilling plant which spreads across four acres, a solar project by PEDA that has taken up three acres and the martyrs memorial spreading over seven acres. Villagers say these three projects have claimed much of the land but no one ever bothered to provide a playground.

Gurjit Singh, President, Shaheed Bhagat Singh Welfare Society, said, “We write almost every month to the government with the demand. We met CM Bhgawant Mann on March 23. Former CM Channi had promised a stadium to be named after Bhagat Singh but then there was a change in the government. During our last meeting, the CM had vowed to provide a stadium. But it never happened.”