Ahead of R-Day, police carry out massive search op across region : The Tribune India

Ahead of R-Day, police carry out massive search op across region 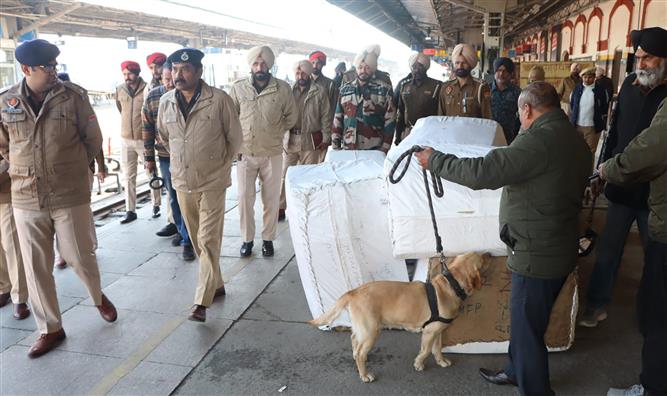 Police personnel conduct a search under ‘Operation Eagle-2’ at the Jalandhar railway station.

Police Commissioner S Boopathi said the operation was conducted keeping in mind the upcoming Republic Day celebrations. He said the sole purpose of the thorough checking was to crack down on bad elements, gangsters, snatchers, thieves and persons with criminal background.

“By conducting such search operations and special nakas, the city police aim to instil a sense of security among residents, and want to send out a message that police personnel are always available for their security and emergency situations,” he added. He also appealed to the general public to cooperate with police officials and immediately inform them if they find something suspicious.