Closure of schools, prospect of online sessions in the wind have sports teachers sweating about players’ fitness... 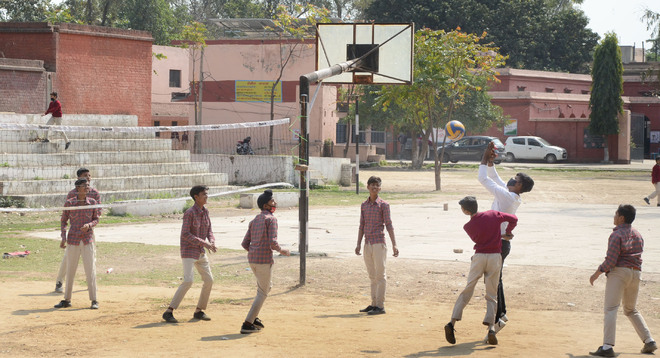 No agility, dripping energy levels, weighty and loss of zeal, this is what the sports teachers noticed in the players as they joined their respective schools after remaining incarcerated at their homes for so long.

Lessened stamina, no agility, dripping energy levels, weighty and loss of zeal, this is what the sports teachers noticed in the players as they joined their respective schools after remaining incarcerated at their homes for so long. The teachers said it takes months to make a player competition-ready, but the pandemic played a spoilsport.

That when the mentors in the schools were finding it difficult to prepare the players, the schools were shuttered again owing to Covid’s onslaught in the form of second wave. This has again posed a challenge for the teachers.

Sharandeep Kaur, physical education teacher at Government Senior Secondary School (Girls), Adarsh Nagar, said, “It’s a big tension because no activities are happening for the students. I had made them do some activities when the schools were reopened, but now that the schools are closed again, it is a matter of concern.” She added that the students had become dull at their homes.

“Flexibility and weight count a lot in a player. I noticed that there was no stamina and some had put on weight,” the teacher shared. She said that when a student plays a game, he/she also becomes active in studies too, but laziness has now taken a toll and the studies, too, are bearing its effects.

Sudhir Kumar, physical education teacher from Government Senior Secondary School, Nehru Garden, also corroborated the statement. He said if a student will play, the immune system will become stronger, so they must be called to the schools.

“They have been eating fast food, which affects endurance big time. I had already been easy on them when they had joined after being confined to their homes for so long, and was planning to increase the time of training, but then again, schools were closed. I really hope that schools are opened so that the students could continue with the practice,” he said.