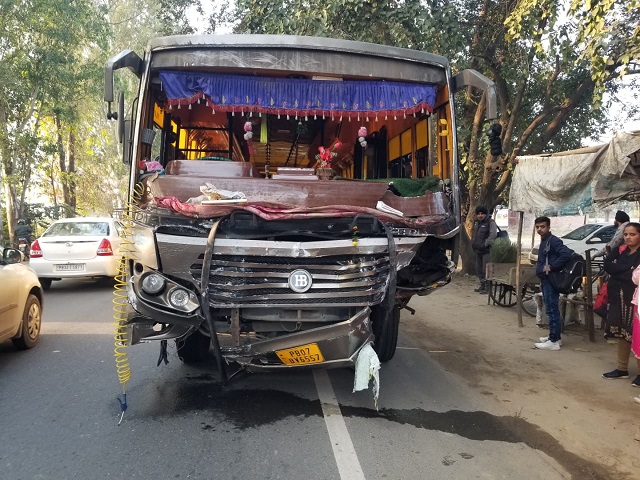 The ill-fated vehicles that were involved in the mishap on the Garhshankar-Hoshiarpur road.

As many as 24 persons suffered injuries in a road mishap involving an SUV, a bus and a car on the Garhshankar-Hoshiarpur road near the Bhajjalan village turn here. 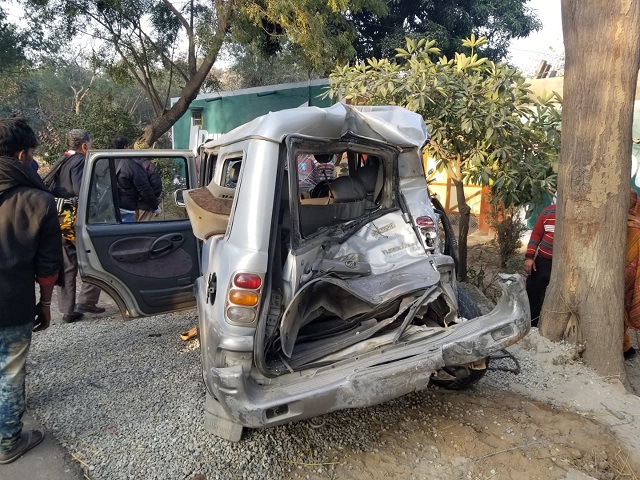 The accident took place after the SUV driver applied brakes in order to save a cow, but it rammed into the animal. As a result, a speeding private bus hit the SUV from behind. An i-20 car also collided with the bus and flipped several times before ramming into a tree on the roadside.

As many as 24 persons travelling in the bus and other vehicles suffered injuries in the mishap. Five persons with critical injuries were admitted to the Civil Hospital, Garhshankar. The cattle also died on the spot.

The SUV was coming from Hoshiarpur. When it reached near the Bhajjalan village turn, a cow came in front of the vehicle. The driver applied brakes all of a sudden to save the cattle, but it rammed into the animal. A bus coming from behind rammed into the SUV and an i-20 car also collided with the bus.

Even after about an hour of the accident, police and administrative officials did not inquire about the condition of the injured persons.