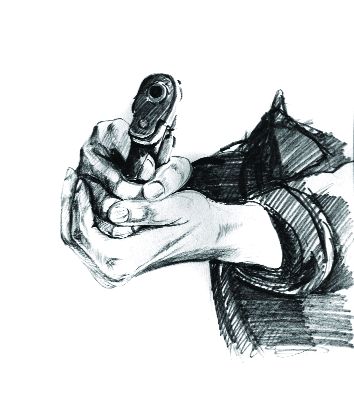 In a broad daylight robbery, two armed robbers on Sunday looted Rs 4,500 cash from a local bakery. The duo entered Sharma Bakery at 3.25 pm and looted the cash at gunpoint.

The bakery owner, Naresh Sharma, had lodged a complainant with the police in this regard following which an FIR had been lodged under relevant sections of the IPC at the police station number 8 in Jalandhar. The assailants still remain unidentified by the police but officials said investigations were on and the police was on the lookout for the robbers.

ASI Prem Singh said, “Two men entered the bakery this afternoon at about 3.15 pm and threatened the bakery owner. Pointing pistol at him, the two men looted Rs 4,500 from the bakery cash box. It is not even known yet, whether their weapon was areal pistol or a toy gun. They also remain unidentified so far. However, the owner of the shop got scared and let the men get away. The police are trying to identifiy the miscreants and further investigations are on in the case.”