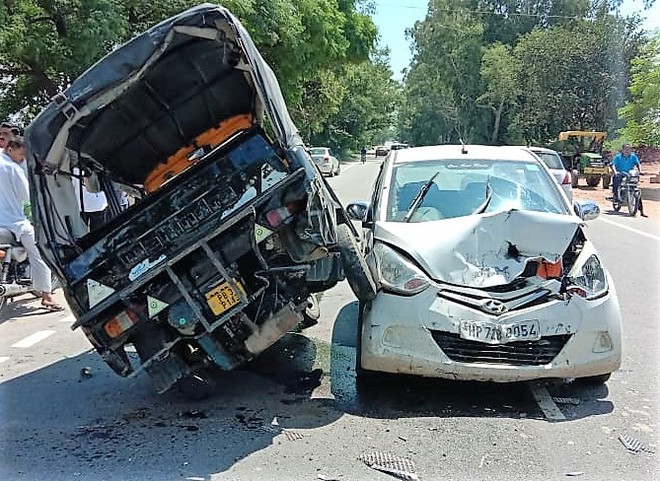 The vehicles that collided on Garhshankar-Hoshiarpur road.

Seven persons, including two children, were injured in a collision between a three-wheeler and a car near Padrana village on the Garhshankar-Hoshiarpur road on Wednesday.

The police said some devotees from Mubarakpur village of SBS Nagar district were going to a religious place in Kukran village in an auto. When they reached near Padrana village, a car coming from behind hit the auto from behind. In the collision, Kulbir Kaur, Dalveer Kaur, Mahinder Kaur, Palo, Baljinder Kaur and her two children, who were in the auto, were injured.

People took the injured women to the Garhshankar Civil Hospital with the help of an ambulance. Car driver Ravinder Kumar said he was going to Dera Bapu Gangadas Mahilpur and the accident occurred because the auto sudden turned over. The Garhshankar police have started investigation.