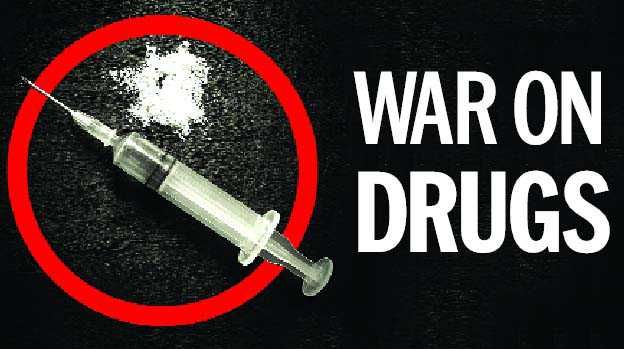 Kick-starting a mass awareness drive against the drug menace in Khatkar Kalan, the native village of legendary freedom fighter Shaheed Bhagat Singh, Deputy Commissioner (DC) Navjot Pal Singh Randhawa and Senior Superintendent of Police (SSP) Sandeep Sharma along with hundreds of people on Monday pledged to wage a war against drug trafficking in the district.

Soliciting the support of people, especially youths, the Deputy Commissioner and the SSP asked them to work in tandem with the administration and get united against drug trafficking. They said this war against the menace must be a mission of every Punjabi to save the future generation from falling prey to drugs.

They said Shaheed Bhagat Singh sacrificed his life at the age of 23 to free the country from the clutches of British imperialism and we must follow in his footsteps to make a drug-free society by launching a crusade against drugs and smugglers. They expressed hope that the sacred land of Khatkar Kalan would inspire the people of the district to extend their help to the administration in eradicating drugs from society.

NPS Randhawa and Sandeep Sharma said the motive of organising this interactive session was to ensure that drug addicts could come forward and get treatment from the local government’s OOAT or rehab centre.

Both the officers said the civil administration and the police would hold such meetings in all villages to eliminate the curse of drugs from the district and asked the people to approach them directly in case of any problem regarding drug abuse.

During the event, they listened to the suggestions and issues raised by the villagers regarding the drug menace and said action would be taken promptly to wipe out the menace by nabbing the peddlers.

They also administered oath to people against drugs.