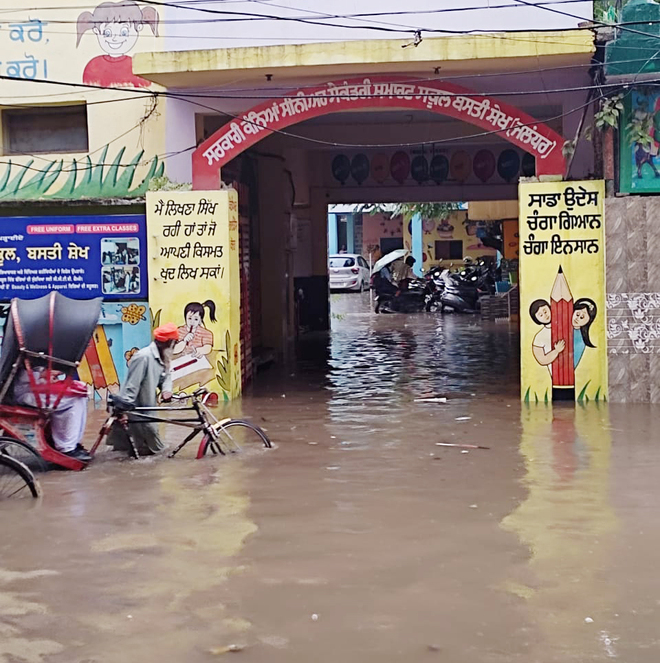 Hundreds of students of Government Girls Senior Secondary School, Basti Sheikh, have been facing a harrowing time for the last two days as rainwater has flooded the institute, thus making it extremely difficult to hold regular classes.

Today, it was the worst day as girls had to take rickshaws for a flooded portion of the stretch (100 m) to make reach their campus. Even in classrooms, which were quite like swimming pools, students said they had to sit with their legs folded up on benches as there was water all around.

The school has a total strength of 1,000 students. As its located in a low-lying area, rainwater keeps on accumulating from all adjoining colonies. Residents said they have been watching the students suffer during monsoon every year.

“Politicians always make promises that they will resolve this waterlogging problem, but no one has actually done anything for our area, especially the school,” said Ashwani Jaura, a resident of the area.

Harinder Pal Singh, District Education Officer, said, “The school falls in a low-lying area. Hence its a perpetual problem. To make sure that the students do not suffer, we have proposed to get rainwater harvesting system installed on the campus, which will drain all rainwater and recharge groundwater.”

Makhan Singh, another resident, said, “Even as the condition of the school becomes deplorable, the entire area gets affected. Dasehra Park just adjoining the school also gets inundated. This is the only park for children for the four adjoining wards of the area. During monsoon, it always remains filled with water and goes out of use with no ground for children to play. We have approached our area councillors and MLAs numerous times in the past, but we only get assurances.”

Jalandhar (West) Congress MLA Sushil Rinku said, “A sewerage project worth Rs 21 crore has been initiated in the area to resolve waterlogging problem. Pipelines are being laid along the main roads. Once monsoon ends, the work will commence on a war footing.”

Of muddy stretch and plight of residents 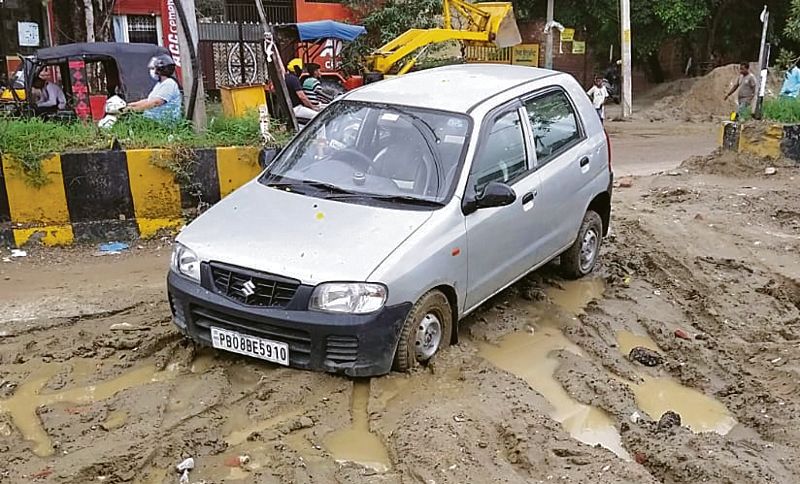 The residents of Madan Vihar colony in Basti Sheikh are living in a pitiable condition with roads completely washed out. Their nightmares reoccur on all those days when it rains. Residents said it has been extremely difficult for them to step out of their houses for the past two days. Kishan Lal Sharma and Varun Julka said: “We only have a muddy stretch in the name of the road. Our area falls in the ward of Deputy Mayor Harsimranjit Singh Banti whom we have been requesting to relay the road for the past several months.”