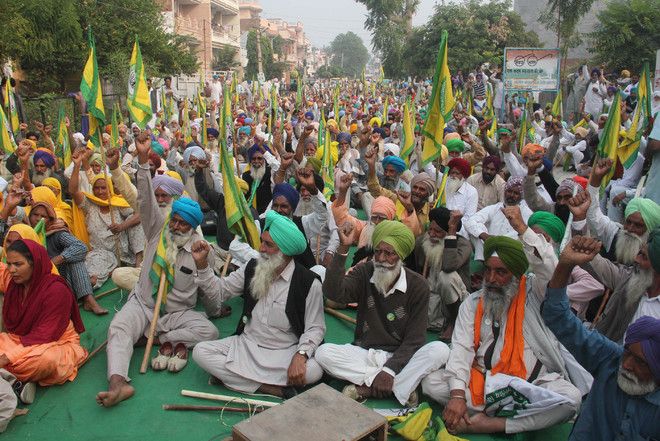 The Rainak Bazaar Shopkeepers’ Association announced to shut the market in solidarity with farmers who will hold Bharat bandh on Monday. After organising a meeting with farmers, members of the association, said it was unanimously decided that they would not open shops on September 27 on account of Bharat bandh declared by the Sanyukt Kisan Morcha.

“In order to avoid inconvenience during bandh, members of the Rainak Bazaar Shopkeepers’ Association would not open thier shops on Monday and support the cause of farmers,” said Sherry Chaddha, vice-president of the association.

Considering the bandh and rail roko protest by farmers, the Ferozepur Division has asked its officials to remain on high alert. Officials have been asked to immediately report to the CHC or division officials for any unusual activity they come across.

The order of the Ferozepur Division reads, “From 6 am on Monday, trains should be allowed to move from station only after taking clearance from gateman of all gates for any gathering even near the track etc. All possible help should be rendered to stranded passengers at the stations. Regular announcement on the movement of trains, maintain coordination with RPF or GRP staff, ensure refreshment shops remain open if any and they have ample stock of snacks and bottled water, refunds if demanded by passengers be arranged smoothly, one ticket inspector or station supervisor to remain present at important stations where trains are likely to be regulated. Any complaint regarding water facilities in coaches, charging facility and others be immediately attended to and concerned supervisor be called.”