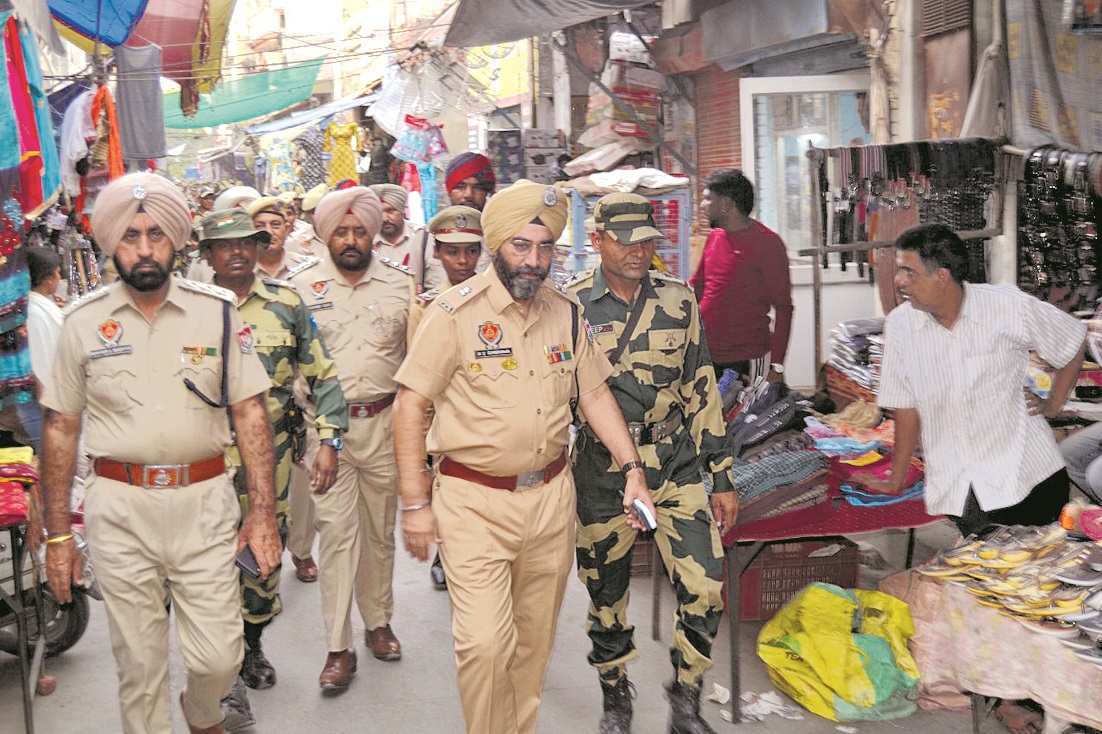 The police and BSF personnel hold a joint flag march in Jalandhar on Thursday. tribune photo

In order to maintain strict vigil over law and order situation in the district, two companies of Border Security Force (BSF) have been deployed in city to assist the Jalandhar Commissionerate Police.

Besides to synergise the efforts of the police and the BSF, Commissioner of Police Gurpreet Singh Toor on Thursday held a review meeting with top cops and paramilitary force officials. During the parleys, Toor laid stress on taking the anti-social elements head on. He said that no one would be allowed to disturb the hard earned peace of state at any cost.

He said anyone who would try to violate the law will be dealt with strictly. He said that the police were committed to ensure that peace, communal harmony and tranquillity prevails in the city. Toor said no stone will be left unturned for this noble cause.

He asked the cops and paramilitary forces to organise joint patrolling and checking in the city. He said that it will instil sense of security among the citizens on one hand and would help in maintenance of law and order on the other.

Toor further said that special checking must be organised across the city and all the officers should take charge of the areas under their respective jurisdiction.