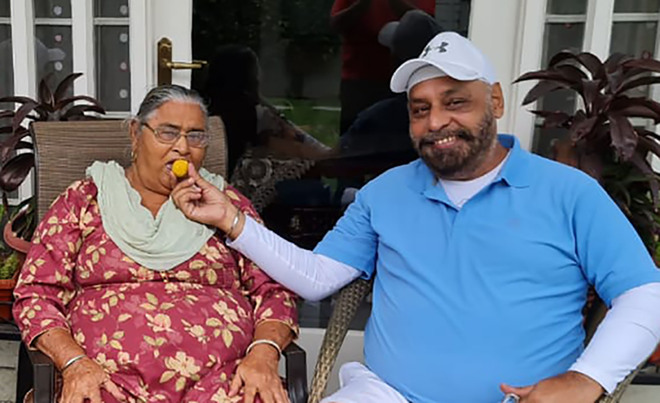 A supporter offers sweets to Pargat Singh’s mother in Jalandhar.

Known to be nurturing his aspiration to get inducted in the Cabinet for long, wait for Jalandhar Cantonment MLA and Olympian Pargat Singh may finally be over.

A protégé of PPCC chief Navjot Singh Sidhu, who toppled Capt Amarinder Singh from the post of CM, Pargat’s name figures in the list of the probables that Congress is contemplating as fresh addition in the new Cabinet.

Already made general secretary (organisation) of the PPCC recently by Sidhu, Pargat has been reportedly eyeing the portfolio as Sports and NRI Affairs Minister, which was with Rana Gurmit Singh Sodhi earlier. Pargat had never gone along with Sodhi and had rather taken on him for poor performance even in the Assembly.

Pargat had embarrassed the minister and even his own government saying that the department had not issued any tenders even for ‘knickers’. He had gone vocal saying that there was no practical work being done on ground and trials for academies were often held very late.

On being asked if he was interested in these portfolios, Pargat said, “I want to work for the state. I am ready to take any assignment the party wants to offer me.”

Though there has been no official announcement yet, Pargat’s supporters, including his friends associated with him because of his game, have already started celebrating the occasion offering sweets to one another.

There’s also a buzz that Rana Gurjit Singh, who had to resign as a Power and Irrigation Minister, at the start of the tenure of the incumbent government over allegations against him for sand mine allocation could make a comeback.

Even his supporters shared their excitement and had reportedly even performed ardas at a gurdwara.

Rana Gurjit’s opponents within the party and in the opposition fired salvos at him and the party leadership for deciding to take a ‘tainted’ leader back in the Cabinet.